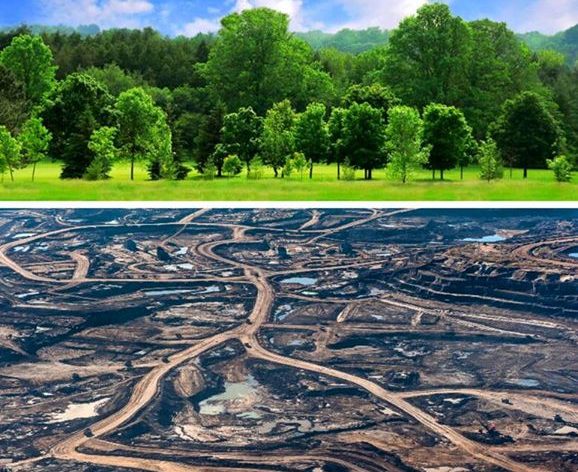 Brace for impact: it’s time to build the fight for climate adaptation

The fight to tackle climate change has two core branches: mitigation (curbing excessive greenhouse gas emissions) and adaptation (addressing the effects of climate change that are already unfolding). But although both areas are needed, the public tends to focus on the former in discussions on climate change.

The pressing priority is always to pull down emissions. Climate change is portrayed a future threat and our responsibility to act is framed in reference to our children and grandchildren. If environmental ruin is already here, it is deemed marginal compared to the tempests amassing on the horizon.

But this uneven focus on the future understates the gravity of present impacts. Today, climate change accounts for 87 per cent of disasters worldwide. Some of the worst droughts in decades are continuing to unravel across southeastern Africa and Latin America. Cyclonic storms, floods, wildfires, and landslides are bearing on the world’s most vulnerable populations.

The sudden violence of disasters is paralleled by the brutality of gradual change. Coastlines are being shaved and eroded by rising tides. The encroachment of sea water is increasing the salinity of littoral lands, leaving them withered and infertile. Rain patterns are shifting, shattering the millions who rely on the sky for sustenance. Every second, one person is forced to flee their home due to extreme climactic conditions.

This context of daily displacement and desolation means that the fight to tackle climate change today is fundamentally a fight to determine the fatality of the future. Yet adaptation, the crucial tool in that fight, has been side-lined and neglected.

So what is adaptation?

Adaptation means preparing our society for the climatic threats it faces and will face, insofar as we can. It means weaving safety nets for the world’s most vulnerable populations. It means bolstering river embankments, introducing measures to prevent diseases, building water-resistant infrastructure, expanding storm sewers and water storage, extending insurance, implementing disaster early-warning systems, and introducing a range of measures to palliate damage.

Some adaptation initiatives are already underway. From the Cook Islands to Morocco, farmers are adjusting practices and diversifying crops, to create a more climate-resilient agriculture. Current agricultural models, where monocultures breed vulnerability, are being transformed into biodiverse agrosystems.

Storms do not discriminate, but they do make landfall on landscapes riven by disparities of wealth, power and safety

In flood-prone areas, like Delaware, urban planners and citizens are reengineering and redesigning neighbourhoods to reduce the risk of inundation and future sea level rise. In urban areas prone to intense heat, like the Indian city of Ahmedabad (which lost 1,300 citizens to a 2010 extreme heat wave), municipal officials are implementing heat action plans which train health workers, distribute cooling supplies, open public areas for shade, and raise public awareness.

In some areas, the only plausible form of adaptation is abandon. In Fiji, villages such as Vunidogola are already being relocated after Cyclone Winston and other disasters devastated a number of settlements – while rising sea levels provide an additional layer of risk. The Fijian state has listed relocation as a top priority for the government.

A decade ago, the Maldivian government also organized a ‘staged retreat’, concentrating populations away from secluded islands threatened by rising sea levels. In Alaska, the citizens of Newtok have applied for federal disaster relief to finance their own relocation, as thawing permafrost erodes the land under their feet, pulling the village towards the Ninglick River. In China, the government has relocated over a million people away from areas governed by environmental hazards.

But adaptation is not just a technical exercise; it is also a struggle to shape what kind of world will greet the intensifying weather patterns of tomorrow. Whose lives will matter when the storms arrive? Will the seawalls we build to hold back the swelling tides be accompanied by walls to hold out those fleeing?

The challenge of adaptation directly exposes the climate crisis as a crisis of social justice. All disasters break open the wounds of unequal societies. Storms do not discriminate, but they do make landfall on landscapes riven by disparities of wealth, power and safety.

The labels of ‘natural disaster’ and ‘extreme weather’ can mislead us into thinking that the principal dangers we face stem from the atmosphere’s furies. But as geographer Jesse Ribot writes, ‘vulnerability does not fall from the sky.’ The wreckage of climate change is the product of collision: between environmental conditions and human realities.

This collision explains why women are far more likely than men to die in natural disasters and endure the slow violence of environmental degradation. It lies at the root of why ethnic minorities, the disabled, the silenced, and the neglected, are all disproportionately susceptible to the rigours of a changing climate.

Deep adaptation means challenging these inequities, reclaiming rights and cementing the best possible conditions for survival. In Nairobi’s informal settlements, such as Mukuru, increasingly torrential rain spells misery for inhabitants. To build their community’s resilience, local activists are working to obtain land tenure that would enable them to defend their rights to water, health and sanitation.

What such initiatives illustrate is the agency we do have. While climate change will cause irreparable ‘loss and damage’ (impacts that just cannot be eased or adapted to), our human societies are usually the juries of fate, deciding whether cyclones will meet buttressed foundations or breaking beams. We are still drastically unprepared across the board; the deadly European heatwaves of 2003 and 2010 revealed the stark inability even of the wealthiest economies of the world to adequately handle climatic shocks.

But all transformations in politics come with costs and obstacles. The cost of adapting to climate change in ‘developing’ countries could reach $300 billion a year by 2030 and $500 billion by 2050. Funding is in short supply, with the richest states committing only meagre contributions. Rudimentary justice holds that those most responsible for a vulnerability bear the greater responsibility for redressing it, but climate change’s chief culprits remain reluctant to pay their fair share of adaptation finance to the world’s most vulnerable countries.

Neither will private finance emerge as a magical solution to the tasks of adaptation. Markets tend to follow active demand: needs backed by money. But what money can you make from displaced farmers or dispossessed communities?

As the impacts of climate change bite and politicians feel the heat of public discontent, governments are paying more lip service to ideals such as climate resilience. But with environmental movements mostly focused on taming the drivers of climate change, this agenda of adaptation is largely being shaped by states and multilateral institutions, in ways which lay the burden of bearing at the feet of those most vulnerable.

Environmental scientist Stan Cox and anthropologist Paul Cox explain in How the World Breaks, that these models of adaptation envision a ‘resilience [which] is catastrophic by design, morally unhinged, because it counts on the vulnerable to absorb what the market sheds so that the market’s irreparable fragility can be conserved. The vulnerable and the marginalized must have power, but not just the power to adapt; they must recapture the terms of adaptation.’

It is up to us to recapture those terms and ignite a discussion on transformative adaptation, where efforts to adjust to climate change can also serve as opportunities to decarbonise the economy, confront poverty, erode gender inequity, deliver racial justice and remediation to victims of environmental violence, suture community rifts, improve public health, and cement local resilience.

The future is here

The future is arriving sooner than expected.

Too often, our responses out of touch with the scale of the challenges they seek to address. In 2003, philosopher Seyla Benhabib wrote about grappling with new patterns of migration and globalization, ‘We are like travellers navigating an unknown terrain with the help of old maps, drawn at a different time and in response to different needs.’

It’s time to think big and retrace our maps along the lines of the new magnitude. Every gradient of warming we fail to slow needs to be compensated by an equal reduction in deprivation.

The task may seem daunting. With so many challenges facing our world, where do our limited energies go? How do you fight fires and prevent them at the same time?

There are few easy consolations, but one is clear: the solutions to our multiple problems can and should be found in the same places. The struggle for climate adaptation is precisely the struggle for migrant rights, for decent work, for better infrastructure, for democracy, against gender violence. It is merely the struggle for a safer world, hastened by the alarms of shattering temperature records.

But by explicitly referencing adaptation, we can help humanize the realities of climate change, clarify our alternatives, and help ensure we can meet the incoming watershed with buffers of hope.