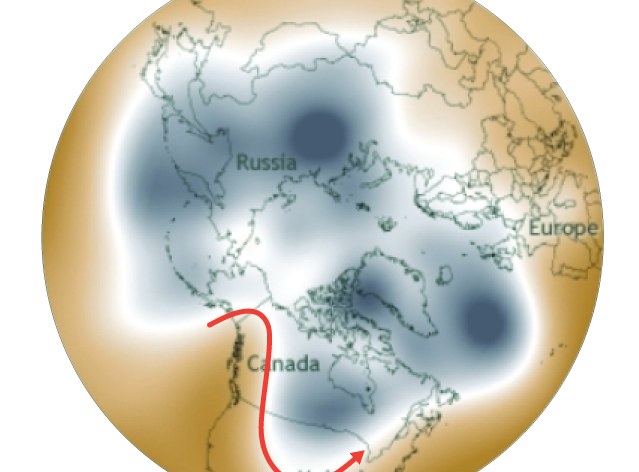 BARROW, Alaska — A mile off the coast of the continent’s northernmost city, Josh Jones gunned his four-wheeler over ridges of buckling ice and through pools of turquoise water, where normally there would be a vast sheen of ice and snow.

Escorted by an Eskimo guard toting a shotgun to protect them from roving polar bears, Jones and a fellow climate researcher were racing to retrieve scientific instruments that gauge the thickness of the ice, which they worried could be lost to the uncommonly rapid melt of the Arctic Ocean.

They were also in a race with much bigger stakes.

In previous years when making the trip out here to set up their observatory, temperatures had been so raw that Jones’s eyelids froze. On this day early last month, it was a balmy — for Barrow — 41 degrees. When they arrived at the observatory, which was surrounded by sprawling melt ponds, they stripped off their parkas and rolled up their sleeves.

Their wind turbine and other equipment had collapsed in the melting ice. They’d almost lost their all-terrain vehicle, too, when it lurched into a sinkhole and stalled in a knee-deep pool of slush.

Here, as close to the top of the world as you can get in America, the signs are serious indeed: The Arctic Ocean is melting faster than at any time on record. This February, the sea ice that stretches from North America to Russia reached its lowest-known winter extent and began melting 15 days earlier than usual. That continued a three-decade trend that has seen the ocean’s ice lose about 65 percent of its mass and about half of its reach during the summer. In 20 or 30 more years, the Arctic Ocean could be nearly devoid of ice in the summer, climate scientists believe.