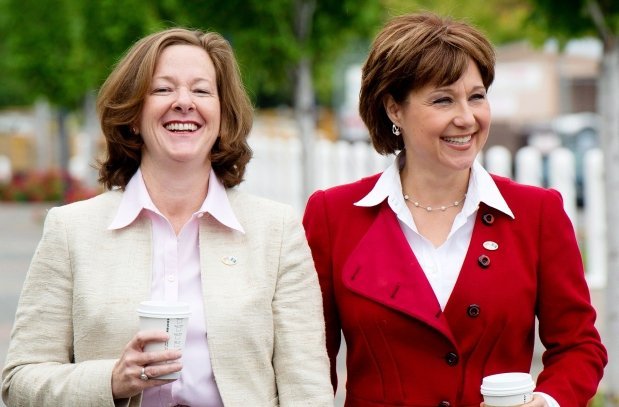 More publicity stunts for the premiers of British Columbia and Alberta, as they announce what they call a “truce” over pipelines. Christy Clark and Alison Redford are pushing ahead on plans to bring Alberta tar sands bitumen across B.C.in pipelines and then to world markets on ocean tankers. Beginning last year, with an eye to the May 2013 provincial election, Premier Clark began insisting that “five conditions” had to  be met before any deal would go through. She postured as an ardent defender of ‘B.C. interest’ in a bid to deflect attention from the serious environmental consequences of pipelines and tankers and the unknown dubious financial gains for the provincial treasury. This gave some environmentalists hope that an accord would never materialize because these conditions seemingly presented insurmountable barriers, including especially the respect for treaty rights for First Nations and an adequate plan to respond to bitumen spills. Some claimed, naively, that Clark was now ‘opposed’ to bitumen and crude oil pipelines. The fact that Clark and Redford are moving forward should be no surprise to critical watchers of unconventional energy politics. What’s more, the announcement constitutes a climb-down for Clark on one of her five ‘conditions’—that the B.C. government get a piece of oil royalty revenues. The Alberta government will not give up a dime of its present or future royalties. Clark is left with the option of creating tolls on oil pipeline movement. Here is a sampling of responses in the media from a few perspectives.

Dogwood reacts to B.C. and Alberta agreement on pipeline conditions

BC and Alberta reach draft agreement on pipelines to the coast

BC and Alberta reach draft agreement on pipelines to the coast

ONE THING YOU CAN DO… is join this upcoming demonstration