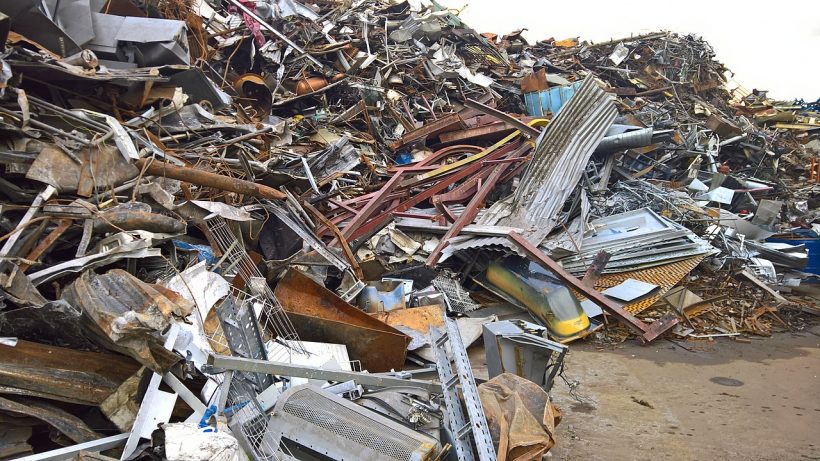 In capitalist economies, corporations face irresistible and relentless pressures to grow, to consume ever more resources, and unavoidably, to generate ever more pollution including CO2 emissions. Why is this? The problem is, corporations are not responsible to society. They’re responsible to private investors. And investors (who might include you and me if only via our retirement plans) are naturally looking to maximize returns on their investments. Growing profits requires growing sales, which in turn requires growing resource consumption and all the rest. Market competition adds further pressures to growth because to successfully compete in the market, corporations have to develop their technologies, expand their economies of scale, add new product lines, and so on.

Thus corporations must constantly grow production, constantly invent new junk we don’t really need, constantly seek to obsolesce the junk we’ve just bought so they can sell us “new and better” junk all over again, constantly consume more resources to produce more superfluous goods and services no one really needs, and inevitably produce more pollution in the process. Yet we live on a finite planet. If we carry on like this for much longer, we’re headed the way of the dodo. So, what to do?

Capitalist economists, corporate CEOs and corporate boards have tried to deal with this problem in one of two ways. Most just avoid the issue and carry on with business as usual. The most ideologically aggressive companies, like ExxonMobil, fund climate deniers (even as in Exxon’s case, they’re also drilling for oil in the newly warming Russian Arctic thanks to the warming they deny). Others concede the problem is real, but try to look more “sustainable” to environmentally conscious customers, employees and investors by going “green”, so they reduce waste and introduce recycling. They market “green” products like organic foods, less toxic house cleaners, energy-efficient light bulbs and appliances and such. They put solar panels on their roofs, and so on.

To be sure, we are all better off for the organic groceries, the energy efficient lightbulbs, appliances, and buildings and so on. But green production hasn’t really upset the fundamental corporate priority of growth and profits over the environment. What does it really matter, for example, if Ford Motor Company produces hybrid cars and covers the roof of its auto plant with solar cells, when what they produce after all is motor cars, millions upon millions of global warmers? To save the humans, what we need is not green cars, not electric cars, but massively fewer cars. Is Ford going to commit suicide to save the humans? What does it really matter if Apple builds a huge “solar farm” in Monterey County to power its California operations when Apple’s business is to produce and sell ever-more billions of disposable iPhones 4, 5, 6, 7, 8, 9, 10, 11, 12 and so on, ad infinitum?

The endless production of disposable “consumer electronics” drives unsustainable resource overconsumption from Congo (the indispensable  mineral coltran) to Bolivia (lithium for batteries) to Kansas (fracked oil for plastic cases, shipping fuel, electric power, etc.) and generates pollution everywhere. We may want and need phones but these can’t be sustainable if they’re disposable. Yet how can Apple stay in business if it stops producing disposable products? What does it matter if Whole Foods sells “organic” cane sugar when it cut down swathes of Amazonian forest to plant that cane? What does it matter that it sells you thousands of organic foods when the foods are encased in single-use containers that will live longer than you will, even for centuries in landfills? What’s “green” about all this?

After all the green initiatives are said and done, the basic ecological contradiction of capitalism still remains: maximizing profit and saving the planet are inherently in conflict and cannot be systematically aligned even if, here and there, they might coincide for a moment. CEOs can embrace environmentalism so long as this increases profits. But saving the world requires that the pursuit of profits be systematically subordinated to ecological concerns – and this they cannot do. To save the humans, we need to radically cut fossil fuel consumption, close down coal production, sharply retrench oil and gas production, suppress all kinds of fossil-fuel dependent industries from autos to airlines, construction to tourism. But no corporate board can sacrifice earnings, let alone put themselves out of business to save the humans. Green capitalism is not a solution. It’s a delusion. There is no capitalist solution to our ecological crisis. Either we save capitalism or we save the humans. We can’t save both.