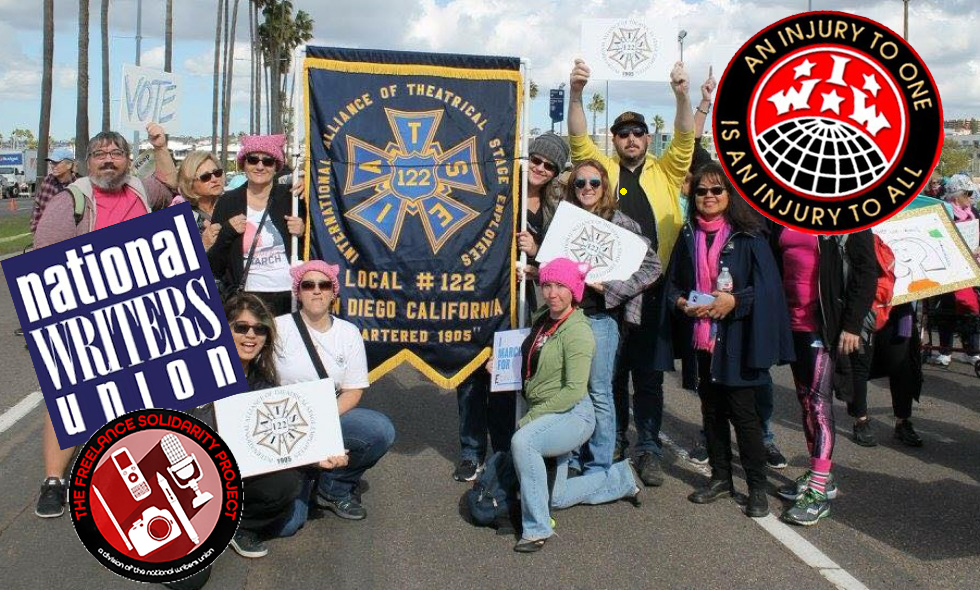 Register using the button below so you can join in the conversation via Zoom. If you’re unable to connect via Zoom, we’ll also be streaming live on Facebook and will archive the webinar on our YouTube channel.

Olga Lexell has lived and studied in Kyiv, Chicago, Los Angeles, London, and Tokyo. A writers’ assistant and script coordinator, she is unionized under IATSE Local 871. Olga has also worked as a freelance journalist and is involved in the IWW Freelance Journalists Union.

Steve Ongerth, a ferry boat deckhand and captain with the Blue and Gold Fleet on San Francisco Bay, is also an author and website developer. He is an active member of the Industrial Workers of the World (IWW) and System Change Not Climate Change. He cofounded the IWW Environmental Unionism Caucus and has worked with the grassroots group No Coal in Oakland and as an advocate for people with disabilities, of which he is one.

Eric Thurm is a writer, organizer, and event producer whose work has appeared in The New York Times and Jewish Currents, among other outlets. A founding member of the Freelance Solidarity Project of the National Writers Union, he also organizes with Never Again Action and New York’s branch of the Democratic Socialists of America. In a past life, Eric founded and ran the event series Drunk TED Talks.