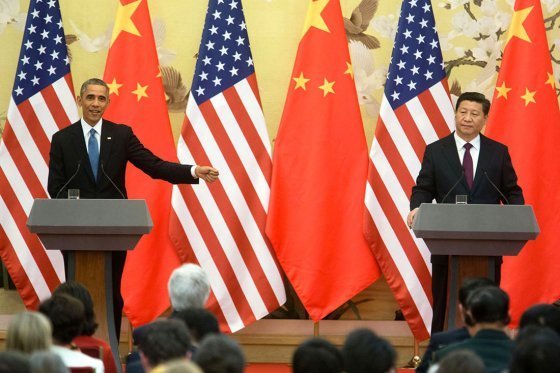 Why the U.S.-China climate deal Is bad news for climate activists

Hopes that last December’s climate talks in Lima would reverse the momentum towards climate catastrophe were dashed by an event that was announced three weeks before: the so-called U.S.-China climate deal.

Said to be the product of nine months of secret talks, the agreement between the United States (history’s leading carbon emitter) and China (today’s leading emitter) was lauded in many quarters as a “breakthrough.”

Climate skeptics to the end, Republicans in the United States predictably criticized the deal as detrimental to the U.S. economy and skewed in favor of China. But the deal evoked a fair share of criticism from experienced climate observers as well.

The key provision triggering dismay was the agreement that China would not begin reducing its emissions until 2030. And the U.S. commitment to bring down its own emissions by 26 to 28 percent from 2005 levels — while significant — will not be enough to derail the planet from the track towards a 2-degree centigrade increase in temperature by the turn of the century. For the U.S. cuts to begin to make even the slightest dent, the baseline should have been 1990 levels, which have long served as the universally agreed standard.

Moreover, the critics point out, the deal does not have the force of law. This is crucial, since mere executive action will not be sufficient to accomplish the cuts that President Obama’s negotiators promised. And the new Republican-controlled Congress is not likely to legislate the powers necessary for the Democratic president to deliver on his promise to the Chinese….more