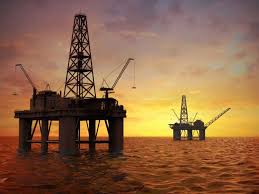 Like the sections of pipe they are assembled from, pipelines with names like Algonquin, Dominion and Kinder Morgan/TCG CT Expansion are interconnected, and affect a long string of communities crisscrossing the country. The 2.5 million miles of oil and natural gas pipelines frequently leak and rupture, a 2012 ProPublica investigation found.

The pipeline aggregation enacted by the past and current administrations represents a clear shift in societal priorities: US communities and regions are no long the secure recipients of outside energy but instead are subjected to extractive exploitation on their own home ground — with few avenues for citizen protection.

The interests of the oil, gas and pipeline industries are connected — and so are the related problems that all of us face. No matter where fossil fuels are extracted, carried, refined, exported or used, the need to avoid contamination and deter climate change connects all people. It’s no longer about just one community’s backyard. And to stall climate change and contamination, people need to connect the dots.

How did fossil fuel development become so pervasive? Let’s take a look at a few milestones that, in recent years, have deepened the pattern of relentless extraction.

The powerful public opposition to Keystone XL had taught the gas and oil industry (and their government allies) something. Giving a single name to over 3,000 miles of pipeline furnished environmentalists with a broad and brand-able organizing target. After the Keystone XL defeat, the industry figured out a way to get their pipelines built by doing just the opposite. Instead of going big, they went small. What journalist Steve Horn of DeSmogBlog calls “the Keystone XL Clones” were a series of pipelines, designed and put into place to do exactly the same thing as the seemingly nixed Keystone XL — carry tar sands down to the Gulf Coast refineries, owned by Koch Industries.

Using a relatively new regulatory workaround called Nationwide Permit 12, enacted in 2011 under the Obama administration, pipeline companies were allowed to break “pipelines into different pieces, calling each piece a different name, rather than one gigantic name, in order to connect all those pieces and carry that oil,” Horn said in an interview on my radio program, Connect the Dots. Nationwide Permit 12s were supposed to be applicable to half an acre (or smaller) sized pipeline segments. But according to Horn, “large pipelines, thousands of half acre projects, are coupled together and approved through scores of Permit 12s in order to avoid public transparency.”

Conferred by the Army Corps of Engineers (USACE), Nationwide Permit 12 has been used many times, including for the southern leg of the Keystone XL pipeline and for the Gulf Coast pipeline. Most famously, it permitted Energy Transfer Partners, the builders of the Dakota Access pipeline (DAPL), to cross Lake Oahe, the move that sparked the 2016 Standing Rock protests.

“This is the longest pipeline under a river in the US,” said Sara Jumping Eagle, an Oglala tribal member, Standing Rock Reservation resident, pediatrician and plaintiff in a current lawsuit that contends that the Dakota Access pipeline should cease operation.

Indigenous communities first heard that the DAPL pipeline was to be built under their water and food source, Lake Oahe, when surveyors came to the region, Jumping Eagle said. Next, “the company came and made a presentation. They already had a plan to build it there without having consulted the tribes beforehand.”

The pipeline is monitored electronically from Texas, and most existing leaks in water or on land were identified by local farmers or residents, not by the far-away technology. While the company assured that no leakage would occur, it planned to use safety monitors that “have not worked in the past,” says Jumping Eagle.

“We know that DAPL has already leaked in South Dakota before even going into full use — so, it’s just a matter of time before this pipeline leaks. And if and when it does, the Lakota nations that depend directly on the Missouri River water have no guarantee that we could still live in this area,” Jumping Eagle said. “The federal government has abdicated their responsibility for our public health. There is no guarantee that the glass of water I am giving to my daughter is free from benzene or other chemicals used in the fracking and oil industry.”

From the outset, environmental groups opposed Permit 12 because it bypassed the traditional environmental impact statements (EIS) required by the Environmental Protection Agency (EPA). In the past, the EPA, the Department of the Interior, and other relevant agencies were required to write up a lengthy document outlining the environmental impacts of all pipeline projects.