What kind of “just transition”?

EVERYONE BUT a few Republican crackpots now acknowledge that the planet faces a climate emergency. But the bosses at ExxonMobil had a bit of a head start.

A company memo was unearthed this year showing that the oil giant knew since 1977 from its own scientists that burning fossil fuels contributed to global warming. But the findings were hidden, and Exxon continued to be climate change deniers for decades to come.

Already, climate change causes 300,000 to 400,000 deaths per year, mostly in the Global South, according to a study conducted on behalf of the UN several years ago.

In order to keep the increase in global temperatures under 1.5 degrees Celsius by mid-century and avoid catastrophic environmental changes, greenhouse gas emissions must be reduced by 5-10 percent each year. Already, the global temperature increase has been almost 1 degree Celsius.

The emergence of a green capitalism sector, increased energy efficiencies and limited expansion of renewable energy have done little to bring down the estimates of average temperature increases. Without a radical change of course, the increase will be between 4 and 6 degrees Celsius by the end of the century.

The urgency around halting climate change creates a unique political dynamic. The need for social change is always urgently felt by the oppressed, but for the first time, we have an environmental timer showing that the huge task of transitioning to a sustainable world must take place in this century, or humanity will face the consequences of an inhospitable planet.

Fighting for this kind of change will necessarily threaten capitalism. Yet it’s hard for most people to envision a world without corporations, car culture, oil wars, oppression and a market for everything, including pollution.

WHAT WE need is a “just transition.” Wikipedia defines this term as “a framework for a fair and sustainable shift to a low-carbon economy, proposed by trade unions and supported by environmental NGOs.” But anti-capitalists have grown sour on the term, wanting to redefine it in more radical ways or call for something entirely different. The urgency of the climate crisis reinforces the idea that we need action now, or we throw in the towel.

But the tasks before us require patience and political determination. We must fight urgently for reforms and the vision of a “just transition” inside unions and social movements, knowing that the corporate and political elite will react with both repression and attempts to undermine the effort.

To make our case, we need to understand the various interpretations of what is meant by a “just transition” and envision how each might play out.

Steven Tufts of York University groups the interpretations into four categories–two of which can be described as “top down” in nature, and two as “bottom up.”

— Green capitalism: Also known as the status quo, and based on the idea that the free market drives change under capitalism and will reward green innovation in developing renewable energy and greater efficiency in the use of fossil fuels. For the elites who support this idea, there is the added benefit that green capitalism will be good for a sector of business executives and shareholders.

— Second World War-style transition: A rapid transition directed from above, and driven more by international competition, climate disruption and scarce resources, than by saving the planet.

This strategy is modeled on the mobilization for war in the 1930s and 1940s, raising the possibility of significant reforms imposed from the top and even potential nationalizations. But because the hypothetical transition would be directed by business in the “national interest,” this 21st-century Keynesian approach would mean low-wage, non-union job creation and hybrid state-corporate mega-projects, with no democratic control.

Elements of this program are underway in some countries that lack domestic fossil-fuel resources, like Germany. The U.S. is the least likely of the major powers to pursue this strategy because of the power of energy corporations and the massive existing investment in in fossil fuels.

— Green capitalism mixed with social justice: Imagines green job creation and tougher measures like carbon taxes, along with initiatives to promote greater equity north and south; more public transportation; electric cars; bikes; smarter urban planning; sustainable farming methods; and the phasing out of heavily polluting energy through legislative reform implemented under pressure from protest and lobbying. In this scenario, the free market is more regulated, but still determines what goods and services are produced.

— Organic energy democracy: A class-based approach that is being popularized by groups like Trade Unions for Energy Democracy (TUED), System Change Not Climate Change (SCNCC), the Campaign against Climate Change and Labor Network for Sustainability.

This approach calls for a worker- and community-led transition, informed by struggles against racism, war and austerity, among others–with energy assets and infrastructure ultimately nationalized, with the aim of phasing out non-essential fossil fuel use and creating millions of jobs that avoid environmentally damaging practices.

Organic energy democracy envisions an evolving struggle in which working people are radicalized in a process that eventually imposes direct democracy–energy committees and workers’ committees operating in nationally representative bodies to decide energy questions; transition workers out of fossil-fuel jobs at the expense of the industry; prioritize environmental justice globally; tax the rich; and defund the military and police.

Human need and ecological sustainability, not free market ideology and the need for economic growth, would determine social and political policies.

THIS LAST vision of a just transition is, obviously, the most ambitious and most bottom-up of the various interpretations, looking to the history of labor struggles and revolutionary upheavals, as well as the theories of revolutionaries like Karl Marx and Frederick Engels. It runs counter to neoliberal orthodoxy and even much of Keynesianism.

If successful, organic energy democracy would take significant power away from the rich. But to accomplish this would require economic and political power that our side does not currently have. In particular, it would demand greater working class political organization and a militant labor movement, both of which have declined under neoliberalism.

In her book This Changes Everything, Naomi Klein contends that the right wing understands the political threat of climate change better than centrists “who are still insisting that the response can be gradual and painless, and that we don’t need to go to war with anybody, including the fossil fuel companies.”

The fossil fuel companies realize that a politically appropriate response to climate change would mean:

— Massive state intervention in the economy.

— The reversal of a successful 40-year ideological campaign to achieve deregulation, tax cuts for the rich, privatization and free trade.

— The potential confiscation of $27 trillion in carbon assets.

— Nationalization and democratization of the energy sector.

This is why the right has worked so hard to deny the existence or the severity of climate change. Klein quotes Joseph Bast, president of the libertarian Heartland Institute, who noted that “climate change is the perfect thing [for the left]…It’s the reason why we should do everything [the left] wanted to do anyway.”

Thus, the right won’t sit idly by and watch energy democracy unfold. Among many other examples, the experience of an anti-austerity party elected in Greece demonstrates that the bankers and their politicians will react to any threat to their precious order with blackmail and economic strangulation. Likewise, even a partial nationalization of the mining industry in Chile in the early 1970s under socialist President Salvador Allende was countered by a U.S.-backed coup led by future military dictator Gen. Augusto Pinochet.

Our side must look this reality in the face. In order to achieve our goals of ending war and terrorism, reversing declining wages and standards of living, and reducing greenhouse gas emissions enough to prevent a sixth great extinction, we can’t let what’s “realistic” under the current status quo limit our horizons.

Doing what is necessary puts us on a collision course with corporate power, the state and all of their means of repression. To not prepare for this, or to purposefully practice non-threatening politics, is at best naïve and at worst irresponsible.

IN AN interview with Basta! magazine, Naomi Klein argues:

The problem is that we have enemies, fossil fuel companies, who fight like hell to protect their interests. They fight like they mean it, they fight with creativity, they fight dirty, they do whatever it takes to win. And opposite them, you have this sort of mushy middle that doesn’t really fight, because it’s not sure what the results will be.

But if you can marry an economic justice agenda with climate action, then you create a constituency of people that will fight for that future, because they will directly benefit from it.

Klein is right. People will fight for such a vision. But how do we frame it?

Energy democracy is a useful and succinct way of describing what we need, but like the term “just transition,” it can be interpreted in different ways, and we have to fight for our interpretation.

Clearly, we can’t leave control and ownership of energy in the hands of the rich–the transition, just or otherwise, would never happen. As Sean Sweeney of TUED says: “You can’t control what you don’t own.”

Energy democracy is how we could create millions of jobs building a new renewable infrastructure, weatherizing everything and expanding public transportation. Otherwise, we are asking the existing state to manage the transition on our behalf–something it would never do adequately, if it does anything at all.

Solidarity is the key. The environmental, labor, racial justice and many other movements would all benefit from mutual support. To have any credibility, energy democracy must prioritize anti-racism, historic inequality and discrimination in the struggle to win a transformation.

In the U.S., we can begin to challenge public service boards to demand that local energy committees, not bureaucrats under the influence of corporations, have the power to say no new fossil fuel infrastructure in our communities–like a no to bomb trains such as the one that exploded in Lac-Mégantic, Quebec, running through our cities and towns.

These efforts will no doubt lose at first. In Denton, Texas, for example, opponents of fracking passed a ban one year ago, only to have the Texas state government overturn it. But the fight to win the ban set an example that can be built on to strengthen the cause nationally.

Moreover, what kind of nationalization are we fighting for? We don’t need more state oil monopolies like Norway’s Statoil or PetroChina, which act little differently from their private counterparts. Instead, nationalizations must shutter the industries and transition workers to new jobs.

This raises the larger question: Can we rely on governments as partners to curb corporate power and phase out the fossil fuel industry? Can we elect the right leaders to carry this out?

The short and unsatisfying answer is no. The modern state is designed to create better business conditions and defend the interests of the 1 Percent. But we can use elections and even limited public offices to further the platform for energy democracy, among other demands.

We are living through turbulent times. Our leaders have no solutions other than to demand continued sacrifice from working people and the planet to stabilize a system founded on inequality and unsustainable growth. What seemed too radical a few years ago is now common sense for millions of people, politicized by issues ranging from police violence and repression, to the struggle for a living wage, to climate change.

The time has come to demand real democracy and the people’s control of our own future. 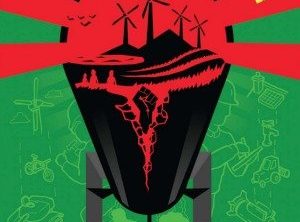 What if the workers were in control? 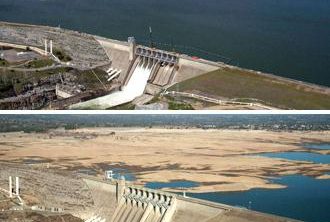 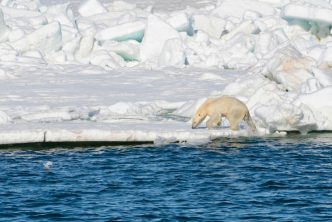 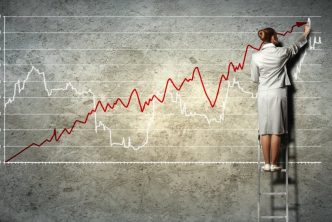 No, economic growth and climate stability do not go hand-in-hand