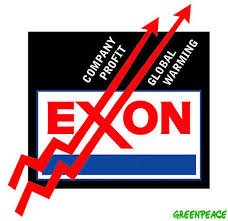 What Exxon knew about climate change

Wednesday morning, journalists at InsideClimate News, a Web site that has won the Pulitzer Prize for its reporting on oil spills, published the first installment of a multi-part exposé that will be appearing over the next month. The documents they have compiled and the interviews they have conducted with retired employees and officials show that, as early as 1977, Exxon (now ExxonMobil, one of the world’s largest oil companies) knew that its main product would heat up the planet disastrously. This did not prevent the company from then spending decades helping to organize the campaigns of disinformation and denial that have slowed—perhaps fatally—the planet’s response to global warming.

There’s a sense, of course, in which one already assumed that this was the case. Everyone who’s been paying attention has known about climate change for decades now. But it turns out Exxon didn’t just “know” about climate change: it conducted some of the original research. In the nineteen-seventies and eighties, the company employed top scientists who worked side by side with university researchers and the Department of Energy, even outfitting one of the company’s tankers with special sensors and sending it on a cruise to gather CO2 readings over the ocean. By 1977, an Exxon senior scientist named James Black was, according to his own notes, able to tell the company’s management committee that there was “general scientific agreement” that what was then called the greenhouse effect was most likely caused by man-made CO2; a year later, speaking to an even wider audience inside the company, he said that research indicated that if we doubled the amount of carbon dioxide in the planet’s atmosphere, we would increase temperatures two to three degrees Celsius. That’s just about where the scientific consensus lies to this day. “Present thinking,” Black wrote in summary, “holds that man has a time window of five to ten years before the need for hard decisions regarding changes in energy strategies might become critical.”

Those numbers were about right, too. It was precisely ten years later—after a decade in which Exxon scientists continued to do systematic climate research that showed, as one internal report put it, that stopping “global warming would require major reductions in fossil fuel combustion”—that NASA scientist James Hansen took climate change to the broader public, telling a congressional hearing, in June of 1988, that the planet was already warming. And how did Exxon respond? By saying that its own independent research supported Hansen’s findings? By changing the company’s focus to renewable technology?

That didn’t happen. Exxon responded, instead, by helping to set up or fund extreme climate-denial campaigns. (In a blog post responding to the I.C.N. report, the company said that the documents were “cherry-picked” to “distort our history of pioneering climate science research” and efforts to reduce emissions.) The company worked with veterans of the tobacco industry to try and infuse the climate debate with doubt. Lee Raymond, who became the Exxon C.E.O. in 1993—and was a senior executive throughout the decade that Exxon had studied climate science—gave a key speech to a group of Chinese leaders and oil industry executives in 1997, on the eve of treaty negotiations in Kyoto. He told them that the globe was cooling, and that government action to limit carbon emissions “defies common sense.” In recent years, it’s gotten so hot (InsideClimate’s exposé coincided with the release of data showing that this past summer was the United States’ hottest in recorded history) that there’s no use denying it any more; Raymond’s successor, Rex Tillerson, has grudgingly accepted climate change as real, but has referred to it as an “engineering problem.” In May, at a shareholders’ meeting, he mocked renewable energy, and said that “mankind has this enormous capacity to deal with adversity,” which would stand it in good stead in the case of “inclement weather” that “may or may not be induced by climate change.”