Alan Thornett’s speech at the Ecosocialism conference on June 7:

I will also try to make an optimistic contribution like Natalie Bennett (who had just spoken) but that is not easy on this subject.

I have to start with some apologies. I woke up this morning to find that my voice was not working properly, and it is still not. I hope it improves because a croaking voice is not very pleasant.

My second is that I am not Daniel Tanuro who was originally down for this slot and unfortunately had to pull out at the last minute. Daniel is the author of ‘Green Capitalism why it doesn’t work’ that you will see on the bookstalls. I can’t give the contribution he would have given, I don’t have his scientific background, I don’t speak English as well as he does either, so I will be very much making my own contribution.

It is absolutely brilliant that RS21 and SR have got together to have this event and this discussion around the ecological crisis. There have been a lot of discussions on the far left over the last year or so (with the ISN and ACI as well as SR and RS21). We have discussed many things. We have discussed feminism, we discussed the unions we have discussed campaigning against the cuts (also Syria and Ukraine) but this is the first time we have got around to discussing the environment.

This is very important because in my view the environmental crisis is the biggest crisis facing humanity by far. It is bigger than the economic crisis although of course it intersects with that crisis at every level and increases its depth and duration.

I was even more pleased when I looked at the title of this event: Ecosocialism, fracking, climate and revolution. It could hardly be more ambitious. It poses a range of key issues from today’s campaigning activities to some of the strategic issues involved such as what kind of alternative society are we fighting for – which relates to some of the things Natalie was saying – and the relationship between the ecological struggle and the programme for socialist revolution.

The first thing to say about this is that the scale of the ecological crisis (and global warming) is enormous and the science is conclusive. We have to defend the science because it is under attack but the fact is that it is conclusive. Global warming is happening and it is getting worse. The last decade was the warmest on record, and the last year was again the warmest on record.

We are now only a few decades away from a rise in global the average temperature (over preindustrial levels) that could lead to the whole process running out of control: a tipping point or a climate cliff as this is often called.

The global temperature is rising. The ice caps are melting. The sea level is rising. The deserts are expanding. Water is become ever more scarce. Agriculture is under threat, and extreme weather events are becoming more frequent. Last year we saw super-typhoon Haian that devastate the Philippines, and this follows hurricanes Katrina that hit New Orleans in 2005 and Sandy in 2012 that hit New York. This is the shape of things to come.

There are even more scary events taking place as well. One of which Natalie has mentioned – the crisis of biodiversity. We are now witnessing the greatest extinction of species since event that caused the demise of the dinosaurs. Half of the species currently in existence are threatened with extinction.

Another is the confirmation recently of the destabilisation of the West Antarctic Ice Sheet. This is an ice sheet with the capacity, once it has melted, to raise sea levels by 3.3 meters. And that is without the melting of the glaciers and the Greenland ice sheet that are also taking place.

So where does this leave traditional Marxism? I say that from the expectation that most of us here today come from that tradition.

And fact is that traditional Marxism, or traditional socialism we could say, did not have a good 20th century and I think that we have a very big responsibility to make sure that it has a better 21st century – otherwise it will become irrelevant.

The fact is that despite the remarkable contributions of Marx and Engels and of William Morris much of the left, including the Marxist left, not only failed to recognise the profound nature of the ecological crisis and of climate change – even towards the end of the 20th century as the evidence mounted – but actually adapted to the productivist language of capitalism itself. Not every Marxist did this but most did.

We used to talk about ‘developing the productive forces’ and ‘creating conditions of abundance’. Any notion that endless growth was a problem for the planet was completely absent.

I worked for many years in a factory producing motor cars and I regarded myself a Marxist. We had very strong unions and even elements of workers control. Yet we never ever questioned the ecological impact of the product that was being produced – that I would now regard as weapons of mass pollution.

And we were in a position to. We could have made all kinds of campaigns and proposals but we never ever did. As far as we were concerned if the working conditions were second to none and the wages were second to none we were happy with that. And this was a very big mistake of Marxism and Marxists in the 20th century.

So there is a very big job to be done within the Marxists tradition to win a real appreciation of the nature of this issue and to win the tradition as a whole to it.

And for me the key to this is the concept of ecosocialism – which is why I was so pleased to see this so prominent in the tile of this event.

Socialist Resistance bit the bullet on this some years ago, though maybe not soon enough, and declared itself ecosocialist. We now regard this as a fundamental part of our political identity. Some other organisations have done the same. It remains, however, a minority concept.

Nor am not sure whether there is a common either of what ecosocialism is or of why it is so important. It is often argued that it is enough to define yourself as a socialist, that the term socialist is enough – but is it?

But actually I think the term ecosocialism means quite a bit more than that. I think it has implications for the socialist project itself. It affects (or defines) the kind of society that we want to build when we are in a position to build a socialist society.

For me it is a declaration that we intend to build a new society based on ecological sustainability and social justice and the predominance of use values over exchange values. Fundamentally that is what it is.

It is also a vision of a society that is built on the idea working in harmony with nature, of being a part of nature, of not being in conflict with nature, and not existing at the expense of nature. These things are very important.

It is a signal that we don’t want to see a socialist revolution take place under conditions where there is nothing left, where the working class inherit a desert with most other species gone, where we would be struggling even to produce food because the basic biodiversity and fertile land (and water) necessary for food production no longer exist. It is a declaration of all that.

It is true of course that it would create new and much more favorable conditions for resolving that crisis. It would open new doors in that regard. We would have a more rational form of society and everything else. But it will still be difficult defend the ecology of the planet even then.

So we can’t just wait for socialism. And this is where I would endorse some of the things Natalie said in her contribution. We have a huge problem. We have to change the way society is organised, we have to have renewable energy and all the rest of it, but the fact is that human beings cannot continue living the way they if the planet is going to be protected. We cannot continue to use cars as we are and airplanes as we are. We cannot continue using (or abusing) the oceans as we are if we are to have a viable planet at the end of it.

To achieve this, however, we have to produce a positive case for change. We have to argue that to live within the resources of the planet is not a worse way to live. It is not a matter of being frugal but of living in a different way.

It is, however, a very big job. At the moment, in my opinion, we do not even have as exit strategy from global warming that would be effective in a timescale that would protect the planet. We don’t even have that at the moment.

Because we not only need an effective exit policy but a policy that would win mass support. We know what has to be done. We have to reduce carbon emissions by 80% by 2030, that’s fine. But how do we get there and how do we win popular support for the measures needed to get there. This is the question that needs to be posed. And I think that if we can start to discuss some of these things today it would be a day very well spent. 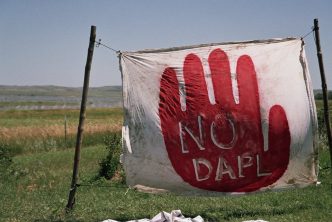 The Power Behind the Pipeline 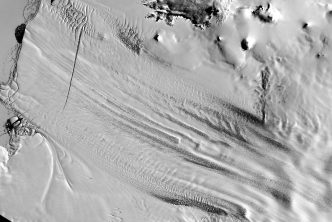 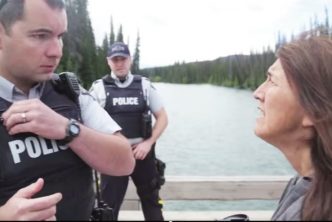 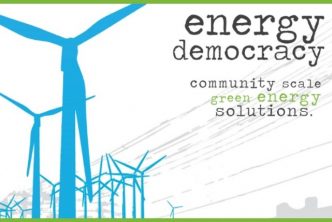