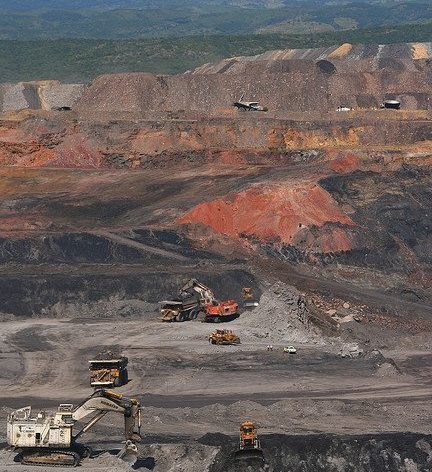 In the northeastern tip of Colombia, fierce resistance to Cerrejón, one of the world’d largest open-pit coal mines, has seen indigenous communities block highways and railway lines in recent weeks. These protests take place in the context of a wider movement of indigenous people trying to safeguard their territories. “In 30 years of pillaging natural resources, [the company] has achieved absolutely nothing positive for us,” says Yasmin Romero Epiayu, an indigenous Wayúu woman who resides near the Cerrejón mine in La Guajira, Colombia. Instead, Romero points to the threats to local wildlife, soil, vegetation and waterways that the mine poses for many indigenous communities in the region. The sheer scale of the mine is hard to imagine – Cerrejón produces 32 million tonnes of coal per year, accounting for four percent of the world coal market.