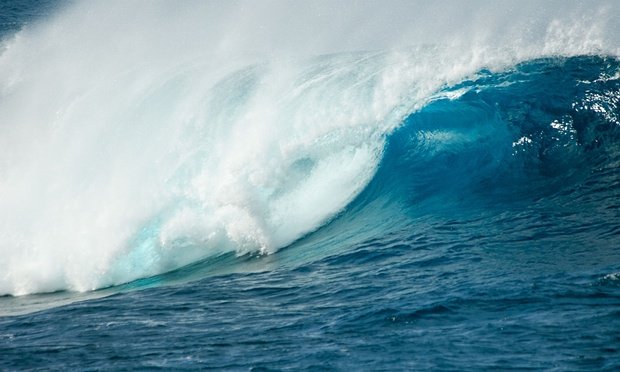 Warming of oceans due to climate change is unstoppable, say US scientists

The warming of the oceans due to climate change is now unstoppable after record temperatures last year, bringing additional sea-level rise, and raising the risks of severe storms, US government climate scientists said on Thursday.

The annual State of the Climate in 2014 report, based on research from 413 scientists from 58 countries, found record warming on the surface and upper levels of the oceans, especially in the North Pacific, in line with earlier findings of 2014 as the hottest year on record.

Global sea-level also reached a record high, with the expansion of those warming waters, keeping pace with the 3.2 ± 0.4 mm per year trend in sea level growth over the past two decades, the report said.

Scientists said the consequences of those warmer ocean temperatures would be felt for centuries to come – even if there were immediate efforts to cut the carbon emissions fuelling changes in the oceans.

“I think of it more like a fly wheel or a freight train. It takes a big push to get it going but it is moving now and will contiue to move long after we continue to pushing it,” Greg Johnson, an oceanographer at Noaa’s Pacific Marine Environmental Laboratory, told a conference call with reporters.

On the west coast of the US, freakishly warm temperatures in the Pacific – 4 or 5F above normal – were already producing warmer winters, as well as worsening drought conditions by melting the snowpack, he said.

The report underlined 2014 as a banner year for the climate, setting record or near record levels for temperature extremes, and loss of glaciers and sea ice, and reinforcing decades-old pattern to changes to the climate system.