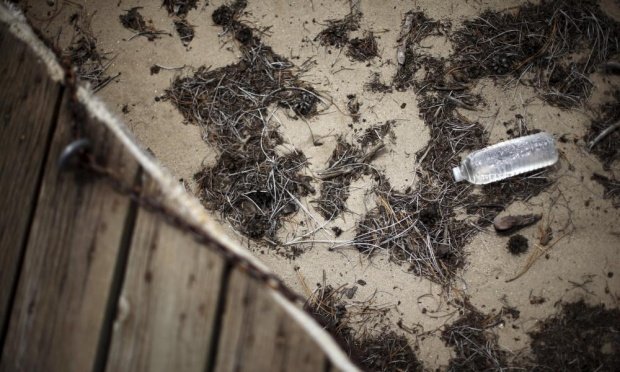 Walmart found to be sourcing bottled water from drought-stricken California

Walmart is the latest company found to be sourcing its bottled water from drought-stricken California, as state residents push for greater regulation of the bottling industry.

Starbucks was moved to alter its bottling practices in California last week and Mount Shasta community members are fighting the opening of a major bottling plant by California-based company Crystal Geyser. Then on Friday, an investigation by CBS13 in Sacramento found that Walmart’s bottled water comes from the Sacramento municipal water supply.

The revelations come as state residents face increased water use limits during the fourth year of drought in the state. State governor Jerry Brown signed an executive order last week that calls for a 25% urban water reduction across the state.

“It’s only logical that as the governor has asked all Californians to reduce their water consumption that he holds extractive industries like bottled water companies to the same standard, yet he hasn’t asked anything of them,” said Adam Scow, the California director of Food & Water Watch, which is calling for a moratorium on bottling water.

There is little oversight or monitoring of bottling plants in the state, which are also operated by major corporations including Nestle, Coca-Cola and Pepsi.