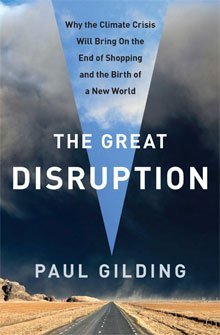 The Walking Dead in Washington

We’re all focused on the drama and entertainment of Trump’s takeover of the world’s centre of military, security and economic power. For some it’s exciting and entertaining, for others terrifying and apocalyptic. I too have been glued to the news – at various times having each of those responses! But now I’ve come back to earth, recognising it all for what it is. Important, but a sideshow to a much bigger and more important game. And on reflection, I’m glad he got elected.

How can a Trump Presidency be positive? Surely this is a major setback – to action on climate change, to addressing inequality, to human rights and global security. Doesn’t it make the world a scarier and less stable place?  In isolation, all true, but in context, not so much. The context is the key.

Trump’s election is not a trend. It should not be seen as evidence of a swing to the right, to nationalism and xenophobia etc. It is simply a symptom of the volatility inherent in the accelerating breakdown of our current economic approach and model.

What we are seeing is the last hurrah of a dying approach. A desperate attempt by the incumbents to rescue the now failing economic model that did deliver great progress for humanity but has come to the end of its road – and that road finishes at a cliff.

A cliff is the right analogy for a range of reasons. Perhaps most starkly it’s climate change and resource scarcity but also inequality and the failure of the old model to deliver further progress for most people in Western countries. There are many other issues we face, but these two – climate change (and with it food supply and geopolitical security risks) and inequality within countries – are the systemic risks. They define the cliff because neither can continue to worsen without the system responding – either transforming or breaking down. So the old approach is finished, along with the fossil fuel industry, and the walking dead taking over Washington won’t bring it back to life.

This leads to why, on reflection, I’m surprisingly pleased Trump was elected, rather than Hillary Clinton. I know it is hard to imagine how someone as appalling as Trump is better than the alternative, so let me expand.

We are now accelerating towards the cliff and we don’t have much time left to change course. If Clinton had been elected, we would have continued to suffer the delusion that we were addressing the systemic risks we face in an inadequate but still worthwhile way. There would have been the same debates about fossil fuel companies having too much influence on politics, the conservative wealthy elites (yes there are liberal wealthy elites!) manipulating the system to their benefit etc. But we would have seen some progress.

Meanwhile business people would have argued the need for less regulation and “freeing up” the economy. They would have argued we needed to run the country like business people run companies, that if only we had strong (i.e. autocratic) leadership, we could get things done. And the Tea Party style extremists would have had their favourite enemy – another Clinton – to rail against and blame for it all, as they mobilized their base.

Now there’s no debate – it’s all there to see. The fossil fuel industry dominates the administration, gaining unfettered access to more coal, oil and gas. The iconic symbol and long term funder of climate change denial, Exxon has seen their CEO put in charge of US foreign policy and climate negotiations. Trump is “the businessman in charge” and can slash regulation, free up the financial markets to unleash more mayhem and wind back those pesky environmental protections.

He will attack the media, mobilise extremists and unleash all the autocratic and nationalistic tendencies that the system has – but normally suppresses. His solution to inequality will be to give tax breaks to the rich (you can’t make this stuff up!) when we know only government intervention – or catastrophe–  prevents inequality being the inevitable result of unfettered markets.

The critical result of all this? No change to the fundamental direction we are on. The rich will get richer, the middle class will stagnate, racism and conflict will worsen and we will be less secure – all while climate change destabilises civilisation.  How is this good?

Because three big things will change.

First, there will no-one left to blame. Extreme capitalism will be unleashed and it will not deliver. The fraud of trickle-down economics will be exposed.

Secondly – US climate policy will no longer matter – fossil fuels will die on the same schedule they were dying on. As I argued in my 2015 article “Fossil fuels are finished, the rest is detail”, these are fundamental trends driven by technology and markets – and no government can stop them.

Thirdly – and most importantly – is “the resistance”. We are seeing a huge mobilisation of activism and social engagement among people who have long been passive – as this humorous post describes. This is like the 60’s – without the drugs but with a political strategy! Climate change will be our Vietnam, the fossil fuel industry our military industrial complex. It could trigger, as this Atlantic article explored, a Tea Party of the left – maybe even a Green Tea Party. Chaotic, aggressive and not always rational, but very impactful. And the liberal wealthy elites will get right behind it – because they too have a lot to lose from extreme capitalism and climate chaos.

Isn’t this all a bit scary? Don’t we now face a period of extreme upheaval and risk? Yes, but in case you hadn’t noticed, we already are. Ask a Syrian climate refugee trying to get into Europe. Observe the terrifying trends at our melting ice caps.  Talk to a disaffected, scared, unemployed factory worker in middle America who sees no prospects for themselves and their kids.  The system is breaking down.

We’re racing towards the cliff. Despite our desperate denial, we are going to face a global crisis, regardless of what we do. This will not be gentle.

So we need to face reality on how really dramatic change could actually occur.  System change doesn’t happen incrementally and is not triggered by traditional political processes – it takes a crisis. With Clinton, we would have blundered our way closer to the cliff, deluded by small progress. With Trump, we may just wake up in time.

The Great Disruption is now in full swing. We face the most important choice in human history – economic decline and the descent into chaos – possibly collapse – or transformation into a very different economy and society. Having the walking dead in Washington may be just what we need.