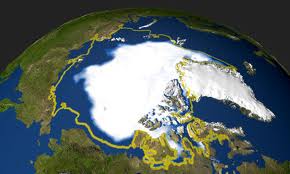 Sea ice is thinner and more fragile, fires scorching northern forests and tundra are sending plumes of soot into the atmosphere, and wild weather might persist in the Arctic and beyond, according to the seventh annual Arctic Report Card, presented Thursday by the National Oceanic and Atmospheric Administration. The report, which updates interlinking factors rapidly changing the Arctic environment, was presented at the American Geophysical Unions fall meeting in San Francisco. Some would say this has already happened, that the Arctic has shifted to a new norm, said Martin Jeffries, science adviser for the U.S. Arctic Research Commission and a research professor at the University of Alaska Fairbanks. Hes one of 147 scientists who compiled the report card.