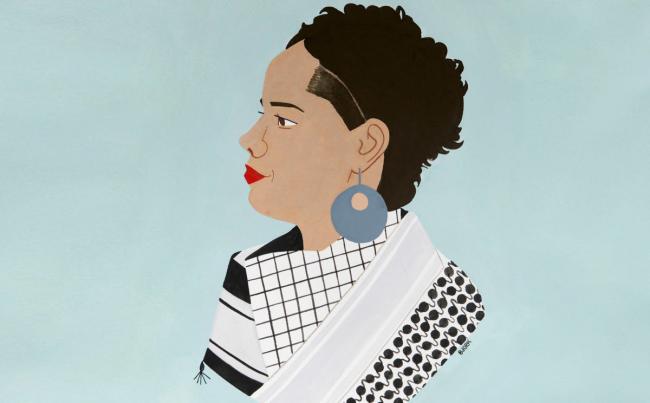 The temperature has changed. We can all feel it. The moment we live in now does not resemble any in recent history. Much of this is because of the current occupant of the White House and the anti-government Republicans who abet his belligerent antics in order to push through legislation that threatens to shred our society’s safety nets. The least among us are under threat as never before. But even before Trump came to power, there was evidence that something was going sidewise, across the nation and in our city.

Some of the challenges facing Seattle are new. As the city recovered from the 2008 subprime-mortgage crisis, gleaming towers of industry and opulence propagated, but so did tent encampments. The yawning gap between the rich and poor that inspired the Occupy movement has only widened. Since 2013, the year Mayor Ed Murray ran for office, the number of people sleeping outside in this city has grown by more than half; meanwhile, the median cost of a home has nearly doubled. Other challenges had been with us for a very long time, but we were unaware or unwilling to notice them. Smart phones and social media have changed that, making us all acutely aware of the police brutality and systemic racism that have given rise to the Black Lives Matter movement.

We are all concerned about our city’s future, but many among us are beyond concerned. These people—low-income Seattleites, people of color, immigrants—are frustrated and frightened and they have every right to be. So often relegated to the margins in political discourse, they are accustomed to the lip service of leaders and the fleeting hope that accompanies minor victories. By the force of their will, they have scored some recent wins in this city, but in this representative democracy, they have never truly been represented in City Hall. It is through their advancement that this city will truly prosper, and it is only with an advocate in the mayor’s office that they will be treated as something more than a set of statistics.

It is for this reason that we are endorsing Nikkita Oliver for mayor of Seattle. We will not pretend that Oliver is a conventional candidate, or that voting for her would be a normal thing to do. In some ways, it is a radical thing to do. But it is also a rational thing to do. And in these abnormal times, it is the right thing to do.

Informed by her work as a public-service attorney, spoken-word artist, political agitator, and educator, Oliver’s platform revolves around social and economic justice. She comes from the grassroots Seattle left and has had a front-row seat to the struggles facing the low-income residents and people of color who are most threatened by the city’s unyielding growth. As an activist, she has pushed for social change and entertained unconventional solutions, and in the fights that matter, she does not pull punches. As a representative of the Peoples Party of Seattle, she answers to a vocal and involved activist base. Yet we believe her agenda of radical democracy, inclusion, and justice will benefit all Seattleites because socioeconomic and cultural diversity are essential to making a community both prosperous and sustainable.

Police reform, homelessness, and affordable housing are arguably Seattle’s most urgent priorities, and we feel that Oliver has the strongest positions on all three. An attorney with experience advocating for poor clients caught in the criminal-justice system, Oliver was part of the protests last year that prevented the construction of an expensive new police station in north Seattle, and she has been one of many leaders in the years-long effort to prevent the construction of a new county youth jail. This crusade has made valuable progress; the number of proposed beds has been halved. Her platform proposes beefing up current police accountability laws; specifically, she would increase the authority of the Community Police Commission and other watchdog entities even further than the legislation that recently passed through Council, while decreasing the authority of the mayor and chief of police. For instance, the current legislation grants the CPC authority to make recommendations only; Oliver wants to give the CPC the authority to make some of those recommendations into binding orders, and to demand investigations into specific police incidents. She also supports body cameras on police so long as they are adequately regulated for privacy and against police misuse, and she wants to increase the number of mental-health professionals who assist police when dealing with people in crisis.

On housing and homelessness, Oliver, like this editorial board, sees lack of shelter as a human-rights issue, not simply a problem of public health and safety. She opposes the city’s current policy of continually evicting, aka sweeping, unauthorized homeless encampments, and supports opening more low-barrier shelters and housing that are accessible to partners, pet owners, and drug users. Oliver has also formally aligned her campaign with Kshama Sawant and Jon Grant—the City Council member and candidate, respectively, who have done the most to oppose homeless sweeps.

Homelessness, of course, is a symptom of the absence of available homes. That Seattle’s housing stock needs to increase is clear, but runaway development can be a scourge. We believe that Oliver has the right approach. She supports the basic framework of Mayor Ed Murray’s Housing Affordability and Livability Agenda, allowing developers to build bigger and denser in exchange for a certain number of mandatory affordable units. She also agrees with Sawant and Grant that HALA doesn’t go far enough. For instance, she supports more than doubling the percentage of new housing units that must be affordable to poor Seattleites under HALA’s Mandatory Housing Affordability (MHA) policy.

Incentivizing private developers to produce more housing while requiring them to produce affordable housing options is a tricky balance: If you require too much affordable housing, developers won’t develop, but it is also true that if the MHA is set too low—as Oliver rightly says it is—our housing policy can end up delivering a windfall to developers while delivering eviction notices to tenants. We agree with Oliver’s goal of getting a better deal out of developers, but we caution her and others on the left to pursue it carefully.

Mirroring this technical challenge is a political one. The next mayor must somehow reconcile two halves of Seattle’s left wing: pro-density urbanists who want to increase the production of new housing and anti-gentrification activists who want to decrease the loss of existing affordable housing. Other candidates from Seattle’s posher liberal enclaves have made the right gestures to the latter group while assuring progress to the former. We assume these candidates are well-intentioned, but we also know that within the bubble of the mayor’s office, it is what you go home to that drives your policy. As mayor, Oliver will be going home every night to the population most in need in this city, one that has been too easily ignored by past administrations. Given its political power, we expect the pro-density lobby to be present at the table for major decisions no matter who the mayor is. Oliver will make sure that Seattle’s most vulnerable are represented as well.

Oliver has also said that she wants to build consensus with neighborhoods when planning upzones and new developments. “Consensus” was a red flag for us; neighborhoods have used “Seattle Process” to effectively veto new development, which is why so much of our isthmus still looks like residential suburbs. That obstruction contributes to skyrocketing rent (less housing = higher rents).

We asked Oliver: If she had to choose between increasing affordable-housing development and placating neighbors, which trumps? She replied that while she’ll make every effort to listen to neighbors and include them in decisions about their neighborhood, at the end of the day “there will be instances where we need our electeds to stand for the human right to have a quality affordable place to live. This will mean drawing some lines in the sand.”

Nikkita Oliver is a talented outsider with strong values, roots in many of Seattle’s communities, and more than a little nerve. We believe that she will bring a hugely energized base, unlike any other candidate has, into the general election, and is capable of saving us not only from a status quo that will see inequality rise, but to forge a new path forward to a city that is greater than it is now or has ever been.

In order to thrive, we must have hard conversations, and make hard decisions, about race, wealth, and power in Seattle. Nikkita Oliver is uniquely qualified to lead both.

Read the rest of our endorsements here. Primary ballots will be mailed Wednesday, July 12. Ballots must be postmarked by Tuesday, August 1. Wondering where your ballot is? Check the county’s Ballot Tracker.