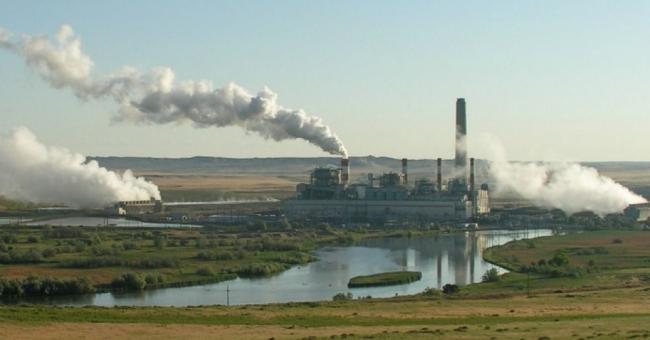 Utilities Knew, Too: Despite Warning Decades Ago, Industry Lied and Deceived on Climate

Nearly 50 years ago, the U.S. electric utility industry was warned about potential risks posed by climate change if it continued to rely on fossil fuels. Rather than heed those warnings, the industry spent the following decades instilling public doubt and making substantial investments in fossil fuels—according to a report released Tuesday by the Energy and Policy Institute (EPI).

“Powerful report: #UtilitiesKnew about climate change for decades, and instead of taking action, worked to sow public doubt…just like Exxon.”
—Greer Ryan, Center for Biological Diversity

The EPI report primarily focuses on two industry groups, the Edison Electric Institute (EEI) and Electric Power Research Institute (EPRI), that are supported by the electric utility industry, rather than examining the histories of every utility company. EPI’s researchers reveal that beginning as early as 1968, government scientists repeatedly warned electric utility executives about risks of manmade climate change.

In 1968, a top science adviser to President Lyndon B. Johnson, addressing executives at an annual industry convention, said:

Many of the problems we now face in managing our environment are a simple consequence of the ever-increasing scale of man’s activities. We threaten to overwhelm nature—not just our streams and the air over our cities, but possibly even on a global scale.

The President’s Science Advisory Committee…estimated that…by the year 2000, the carbon dioxide level in the entire earth’s atmosphere will be increased 25 percent, and carbon dioxide is an absolutely unavoidable product of the combustion of fossil fuels.

Carbon dioxide is not toxic, but it is the chief heat-absorbing component of the atmosphere. Such a change in the carbon dioxide level might, therefore, produce major consequences on the climate—possibly even triggering catastrophic effects such as have occurred from time to time in the past.

Three years later, an MIT professor who addressed the annual convention “spoke of global warming, melting sea ice, and rising oceans as among the possible long-term effects of the buildup of CO2 emissions from fossil fuel combustion.” By 1988—as climate change caused by human activity started to become a public discussion—EPRI, the industry’s official research and development organization, acknowledged that “There is growing consensus in the scientific community that the greenhouse effect is real.”

Despite EPRI’s acknowledgement, and that the industry “sponsored cutting edge climate research during the 1970s and early 1980s,” the utilities industry also “pushed coal—the largest emitter of CO2 among fossil fuels—as a solution to the energy crisis, and made significant long-term investments in new coal-fired power generation,” according to the report. They also ran ads targeting “fanatical environmentalists,” and in 1991, EEI and Southern Company, a gas and electric utility, “spearheaded” an ad campaign that aimed to “reposition global warming as theory (not fact).”

“Some electric utilities, such as Southern Company, still continue to fight against legal limits on CO2 emissions from power plants,” according to EPI’s report. “Many continue to fund special interest groups that attack climate science.”

This isn’t the first report about massive public deception regarding climate science. As the EPI researchers noted, “It is a story with striking parallels to the ongoing investigations into what ExxonMobil and the oil industry knew decades ago, long before they joined with electric utilities, automakers, and manufacturers to sow doubt about the causes and risks of climate change.”

The New York and Massachusetts attorneys general are investigating reports from 2015 that claim ExxonMobil misled its investors and the public about climate change for decades. Environmental advocacy groups, including 350.org, have even launched an #ExxonKnew campaign to raise awareness about the alleged deception.

The report’s authors weren’t alone in drawing comparisons to ExxonMobil. As author and 350.org co-founder Bill McKibben and Greer Ryan, a sustainability research associate at the Center for Biological Diversity, both noted on Twitter: