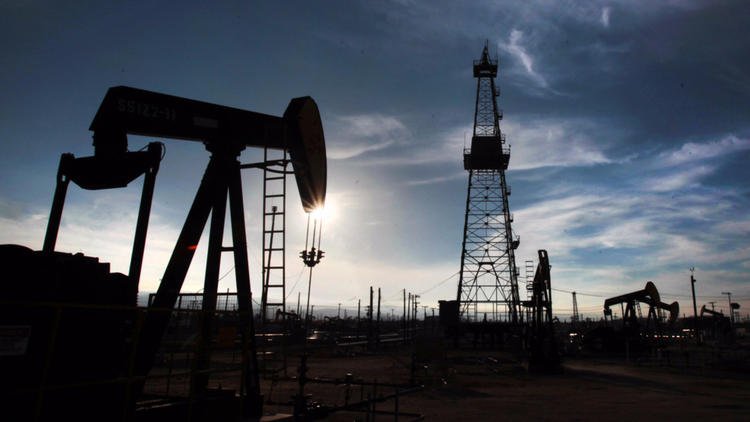 The U.S. is sitting on 264 billion barrels, 8 billion barrels more than Russia and 52 billion more than Saudi Arabia, the dominant member of the Organization of Petroleum Exporting Countries (OPEC), according to the report by Rystad Energy, a respected oil and gas consulting firm based in Oslo.

Three years ago, the U.S. was behind Russia, Saudi Arabia and Canada in Rystad’s estimates of recoverable oil — barrels that are technologically and economically feasible to extract.

“It is an encouraging study,” said Saeed Irani, president of Irani Engineering, a Sacramento company that is one of the state’s leaders in oil field operations. “It shows that even though our economy is so vast and diverse, oil is still going to play a big part in it.”

The big jump for the U.S. largely stems from technological advancements such as hydraulic fracturing and horizontal drilling that squeeze oil and gas from shale formations.

Starting in the mid-2000s, shale from places such as the Bakken formation in North Dakota and the Permian Basin in Texas helped reverse a long-term trend of flattening oil production in the U.S.

Poring over data from more than 60,000 oil fields across the globe, the Rystad Energy study reported overall global reserves of 2.1 trillion barrels. It said more than half the remaining reserves in the U.S. are in unconventional shale oil.

By itself, Texas holds more than 60 billion barrels of shale oil, rivaling all of Mexico.

Oil experts say the figures should be viewed in context of the price at which reserves are worth exploiting.