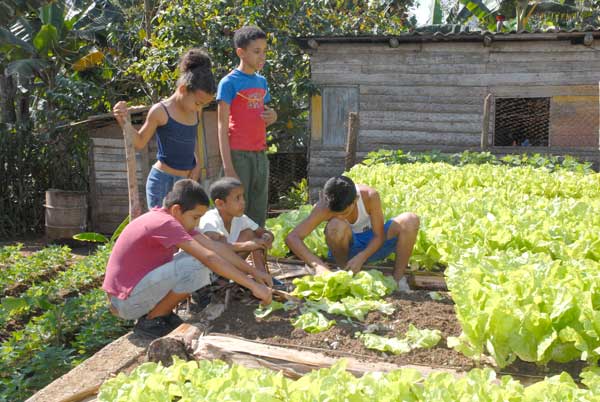 HAVANA, Cuba, Apr 17 (acn) Urban and family gardening contributes 50 percent of the country´s vegetable production with over one million Cubans involved in this developing initiative.

During the closing session of the Second International Congress on Urban and Family Gardening, held in Havana, Cuban Agriculture minister Gustavo Rodriguez said that the initiative has helped create more than 300 thousand jobs.

Given difficulties in traditional agriculture models, the country is developing ecological agriculture, which is consolidating as a movement that includes local producers linked to the advancement of science and technology.

Organic or ecological agriculture is playing a main role amidst food production efforts, given the initiative of making idle lands productive, creating new jobs and developing a healthy food culture.