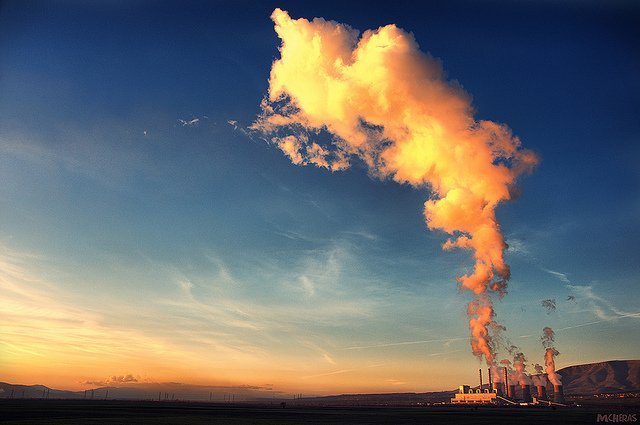 Geneva, 26 May 2014 (WMO) – For the first time, monthly concentrations of carbon dioxide (CO2) in the atmosphere topped 400 parts per million (ppm) in April throughout the northern hemisphere. This threshold is of symbolic and scientific significance and reinforces evidence that the burning of fossil fuels and other human activities are responsible for the continuing increase in heat-trapping greenhouse gases warming our planet.

Whilst the spring maximum values in the northern hemisphere have already crossed the 400 ppm level, the global annual average CO2 concentration is set to cross this threshold in 2015 or 2016.

“This should serve as yet another wakeup call about the constantly rising levels of greenhouse gases which are driving climate change. If we are to preserve our planet for future generations, we need urgent action to curb new emissions of these heat trapping gases,” said WMO Secretary-General Michel Jarraud. “Time is running out.”

CO2 remains in the atmosphere for hundreds of years. Its lifespan in the oceans is even longer. It is the single most important greenhouse gas emitted by human activities. It was responsible for 85% of the increase in radiative forcing – the warming effect on our climate – over the decade 2002-2012.

Between 1990 and 2013 there was a 34% increase in radiative forcing because of greenhouse gases, according to the latest figures from the U.S. National Oceanic and Atmospheric Administration (NOAA).

Since 2012, all monitoring stations in the Arctic have recorded average monthly CO2 concentrations in spring above 400 ppm, according to data received from Global Atmosphere Watch stations in Canada, the United States of America, Norway and Finland.

In April, the monthly mean concentration of carbon dioxide in the atmosphere passed 401.3 at Mauna Loa, Hawaii, according to NOAA. In 2013 this threshold was only passed on a couple of days. Mauna Loa is the oldest continuous CO2 atmospheric measurement station in the world (since 1958) and so is widely regarded as a benchmark site in the Global Atmosphere Watch.

The northern hemisphere has more anthropogenic sources of CO2 than the southern hemisphere. The biosphere also controls the seasonal cycle. The seasonal minimum of CO2 is in summer, when substantial uptake by plants takes place. The winter-spring peak is due to the lack of biospheric uptake, and increased sources related to decomposition of organic material, as well as anthropogenic emissions. The most pronounced seasonal cycle is therefore in the far north.

The WMO Global Atmosphere Watch coordinates observations of CO2 and other heat-trapping gases like methane and nitrous oxide in the atmosphere to ensure that measurements around the world are standardized and can be compared to each other. The network spans more than 50 countries including stations high in the Alps, Andes and Himalayas, as well as in the Arctic, Antarctic and in the far South Pacific. All stations are situated in unpolluted locations, although some are more influenced by the biosphere and anthropogenic sources (linked to human activities) than others.

The monthly mean concentrations are calculated on the basis of continuous measurements. There are about 130 stations that measure CO2 worldwide.