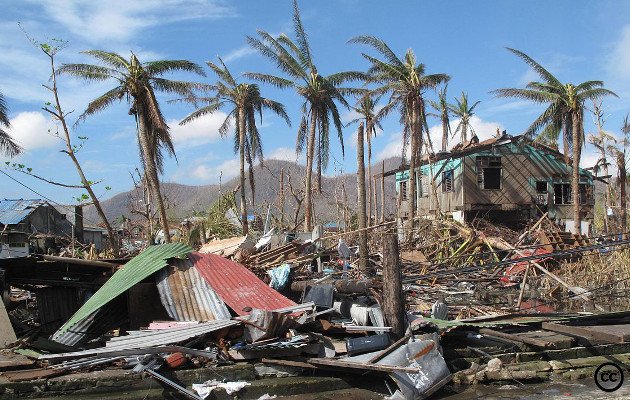 In a bid to make the case for stronger climate change goals under the UN climate process, 20 of the world’s most vulnerable nations have, today, shown how drastic action to cut greenhouse gas emissions, and hold global temperature rise to below 1.5C could protect those most at risk of climate change impacts.

The Climate Vulnerable Forum (CVF), an alliance of 20 states, chaired by the Philippines, have today urged the UN Framework Convention on Climate Change (UNFCCC) to reconsider its the current target of holding temperature rise to below 2C, and strengthen this goal to 1.5C when they meet at the UN climate talks in Paris this December.

The governments of the world have previously agreed on the need to limit global temperature rise to less than 2C above pre-industrial times, a threshold beyond which the world would see dangerous and unmanageable levels of climate change.

Many of the world’s most vulnerable nations, including the Least Developed Countries (LDCs), the Small Island Developing States (SIDS) and the Africa group have long called for a tighter cap at 1.5C.

When governments meet in Paris at the end of the year, for the latest round of the UN climate talks, they will have to decide on whether or not to strengthen the present 2C goal.

Ahead of this decision, the Forum has today, presented three independent reports to highlight the possible threat to human rights, the workplace, and migration and displacement of the 2C threshold, compared to more ambitious objectives.

More hot days and hot hours would have serious implications for work hours, and therefore GDP, according to one expert report, with potential losses at 1.5C around half of those expected in a 2.2C warmer world.

In the Philippines, for instance, a 1.5C temperature rise could see a 2.7% increase on loss of work-hours compared to 1995, as well as a US$46 billion decline in GDP by 2050, estimated by HSBC Global Research.

In comparison, it is estimated that a 2C rise could see a 4.9% loss of work-hours and a $83 billion decline in GDP.

A similar trend could been experienced in other countries experiencing an increase in hot days, specifically in tropical countries where most workplaces are situated outdoors or without air conditioning providing heat protection.

The report compiled by the Ruby Coast Research Centre in New Zealand says: