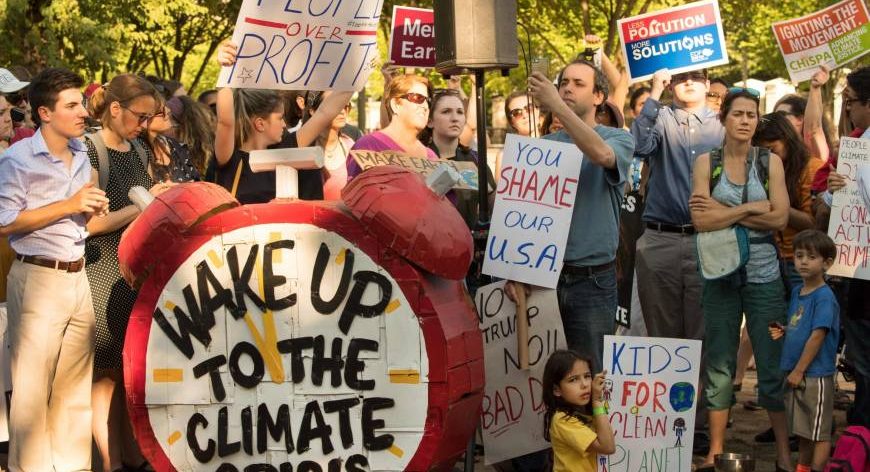 Myron Ebell stood in bright sunlight as President Trump stepped into the Rose Garden and spoke.

“In order to fulfill my solemn duty to protect America and its citizens,” Trump said to rowdy applause, “the United States will withdraw from the Paris climate accord.”

Ebell was hot, sunburned and very pleased. He was witnessing history that he had helped make.

For nearly two decades, Ebell has led the Cooler Heads Coalition, an umbrella group of tax-exempt public charities and other nonprofit organizations in the vanguard of efforts to cast doubt on the gravity of climate change and thwart government efforts to address it.

Coalition members have called climate science a hoax and denounced environmentalists as “global-warming alarmists.” They have written letters, blasted out emails, pressured lawmakers, sponsored seminars, appeared on television and made a documentary movie.

It was all part of a wave that crested with Trump’s rejection on June 1 of the Paris agreement, a landmark accord by nearly 200 countries in 2015 to limit greenhouse gases that contribute to global warming.

“He made the decision. We helped create the circumstances,” Ebell told The Washington Post. “When you are persistent, good things can happen.”

The story behind the coalition illuminates the influential, little-known role that tax-exempt public charities play in modern campaigns to sway lawmakers and shape policy in the nation’s capital, while claiming to be nonpartisan educational organizations.

It also offers insight into the forces behind a Trump decision that infuriated scientists and environmentalists, mystified U.S. allies and went against the advice of some major corporations.