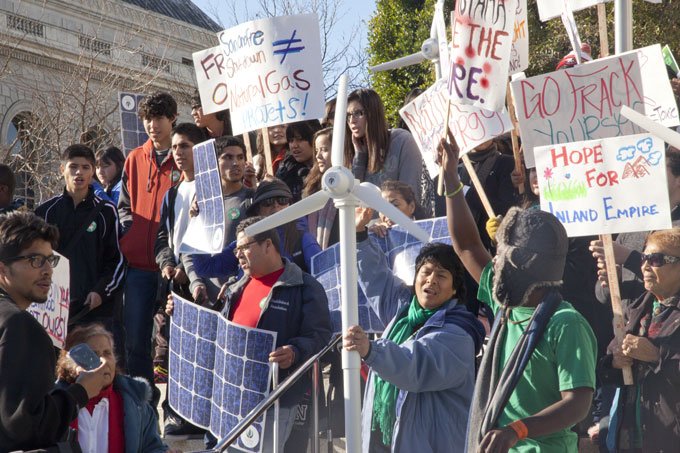 Election night put most progressives into a state of shock and disbelief – a metaphysical body blow to all the values and ideals to which we are committed. Even though we knew intellectually that Trump might win, we didn’t really believe it would happen. The pollsters said it would not happen. Most of the corporate media said it would not happen. Most of the power structure was committed to preventing it. Who imagined that a crude narcissistic loud-mouthed bigot could win a national election for the highest office in the land! But that’s what happened.

The day after, the enormity of what had happened started to sink in. Trump’s promised Supreme Court appointments alone could reverse decades of hard fought victories, most especially in relation to human rights and civil liberties. Agencies like the NLRB, EPA, FDA and more could be gutted and regulatory protections they were established to enforce evaporate overnight. He’s already said he intends to move forward to deport two to three million immigrants. Racists, bigots and reactionaries of all sorts have been emboldened and attacks on Muslims, immigrants and people of color have escalated. Trump’s retrograde climate denial and commitment to his fossil fuel industry backers puts the population of the entire planet into peril as a consequence of unchecked global warming.

Trump, a man with a world-sized ego but virtually no experience in foreign relations or governing, will turn running the country over to a band of neocons and social reactionaries – like Vice President Mike Pence – who now see the opportunity to complete the revolution they started when George W. Bush held office. (Imagine a cabinet composed entirely of Dick Cheney clones.) It’s the stuff nightmares are made of.

With all three branches of government in the hands of the GOP, Trump will seek to dismantle the funding restrictions imposed by the Budget Control Act of 2011 that capped spending and requires that any increases in military spending be matched by equivalent increases in domestic funding. Once that is accomplished, the sluice gate between the Treasury and Pentagon will be lifted. Domestic programs that provide what’s left of a social safety net and social programs that serve working people and the poor will be drained into the swamp of the military-industrial complex.

As dire as the threats that Trump represents are, for me they have a ring of familiarity. Although the politics, social composition and economics of the U.S. are dramatically changed, I hear an echo of an earlier era – one of which an overwhelming majority of those who voted this month have no memory.

I am a child of the Cold War, born on the early side of the baby boom generation in 1944. I am just old enough to remember the McCarthy era of the 1950s. Living in Milwaukee, for my family the witch hunts of Senator Joseph McCarthy were very real. Because my father was a leader in the Wisconsin Communist Party, the FBI was a haunting presence in my family’s life. “Better dead than red” characterized the political climate in which the left strived to remain true to its progressive values. Being labeled a “red” meant being fired, blacklisted, threatened, harassed, and in some cases physically assaulted.

Then came Tricky Dick Nixon, an arch reactionary who made his reputation as one of the Cold War’s ugliest witch hunters. On the day that Nixon was elected, alarm bells sounded not unlike those that are ringing now. There was once again the sniff of fascism in the air.

They rang again when Ronald Reagan, former president of the Screen Actors Guild who led the purge of the left in his union, took office. Prior to switching from B-films to politics, he had appeared weekly on TV as the huckster for General Electric, one of the most prominent and powerful advocates for militarism and an aggressive foreign policy throughout the Cold War.

In the darkest days of the McCarthy era, it was hard to imagine that within a decade we would see the birth of new civil rights, women’s and antiwar movements that would transform the social order and the popular culture of the nation. On the morning after the Nixon and Reagan elections, the future looked grim and threatening. The prospect for progressive change appeared to be fading from the horizon.

I can recall how frightened people were at the prospect of what lay ahead for themselves, their family, community and the nation. Those were decades in which the arms race and threat of all out nuclear war stoked fears of global annihilation. With the atomic bombings of Hiroshima and Nagasaki still fresh in the collective memory of the country, the fear of a nuclear holocaust was very real.

But there is an important lesson embedded in that history. Most of the American people actually believe in democracy, freedom, justice and fairness. As dark and threatening as conditions might have appeared in the moment, the fundamental instinct for goodness of a majority of people ultimately surfaced.

We should not underestimate the capacity and will of the American people to do the right thing. We are going to have to organize and fight for what we believe in, but history tells me that if we do that well – if we listen to, hear and understand where the pain is and organize people to address it – we shall prevail. Once people are organized to demand that the nation live up to those ideals, the most sinister plotting of the forces of racism and reaction can be turned back.

Donald Trump may have won a majority of the Electoral College votes but he did not win the popular vote. He received 47 percent to Clinton’s 48 percent (Johnson got 3% and Stein 1%). Hillary Clinton had received over 202,000 votes more than Donald Trump when the election was called for Trump based on the Electoral College vote projection. But millions of votes were left to be counted. On November 12, the New York Times estimated that there were seven million uncounted ballots in the country. As of November 16, the Cook Political Reports showed Clinton’s lead had surpassed one million votes, with many more votes yet to be counted.

The Trump administration has no mandate. If we do our work well, the people will be with us. Our job is to help transform popular discontent into a political force – a movement that demands that the nation live up to its highest ideals.

A majority of Trump voters are not reactionary ideologues, virulent racists, rabid nativists or crude sexists. They voted their pain, anger, fear and hopelessness. They voted their cynicism about an economic system that has left them behind and a corrupt political system that privileges the rich and well connected while treating them as patsies. But whatever individual motivations may have led them to vote for Trump, there can be no doubt that their votes for Trump gave racism and sexism a pass and have emboldened the most racist, xenophobic, misogynist and homophobic forces. And if the outcome of the election were not sufficient, Trump has put his personal stamp of approval on the forces of reaction by appointing Breitbart News executive Steve Bannon – a virulent racist, sexist, homophobe and anti-Semite – as his top White House counselor. Hate crimes, which increased throughout the campaign, have begun to spike following the election.

The typical Trump voter was not an uneducated under-employed white worker at the bottom of the economic ladder. FiveThirtyEight found that Trump voters had a median income of $72,000 – $10,000 higher than the national median income of non-Hispanic whites. Exit polls indicate that a majority of voters with incomes up to $50,000 per year favored Clinton (eight points lower than Obama received in 2012). Trump had greater support than Clinton among those earning $50,000 or more. His margin was greatest among voters earning from $50,000 to $99,999 – people who felt whatever marginal security they had achieved was threatened.

Pew Research reports that Trump won white voters by a margin almost identical to that of Mitt Romney in 2012. Exit polls show that Clinton’s support among Hispanic voters was 65 percent, down from Obama’s 71 percent in 2012, while among black voters her support was 88 percent, down from 93 percent for Obama. Some exit polls suggest that among both Black and Hispanic voters, Trump out-performed Romney. But clearly his appeal should not be rationalized simplistically as a sudden racist shift in an electorate that twice put Barack Obama into the White House.

Unions poured tens of millions of dollars and marshaled tens of thousands of volunteers on her behalf. Yet only a little more than half of union members and their families voted for Clinton – hardly consistent with most labor leaders’ support for Clinton and the energy and resources unions poured into the campaign. With few exceptions, unions made their endorsements for Clinton without ever consulting their members, let alone making the endorsement on the basis of a membership referendum. Many members in unions that backed Clinton supported Bernie Sanders who championed every union cause, but they never got an opportunity to register that support in the union’s endorsement process.

In his post-election message to union members, AFL-CIO President Richard Trumka offered not a hint of recognition that the union leadership bore any responsibility for the failure of so many union members to support labor’s candidate. Union leaders proved to be badly out of touch with the rank and file. Yet he explained the outcome as a popular response to a political elite that had pursued an anti-worker economic agenda, without acknowledging, less explaining, the yawning gulf between union leaders and so many of their members. Left unaddressed was why the labor movement supported an establishment candidate who is so intimately associated with that same elite and its neoliberal agenda.

The election should serve as a disaster alert for union leadership. If they fail to heed it, even bigger losses await down the road.

While racism, xenophobia and misogyny no doubt influenced voter choices, working people primarily voted their frustration over the mismatch between their expectations based on the promises made for a decent life and the reality of their declining standard of living and lack of opportunity to improve their economic condition. They voted their anger and their fear of further erosion in their standard of living as members of the much-heralded but little-realized “middle class”.

But people can’t eat hate or pay their bills with fear. When the cognitive dissonance of the false hopes they were fed meet up with Trump’s broken promises, they may be open to a different path. Whether that path turns left or right is not foreordained. Hope for them will be born out of their collective action and the consciousness they develop about where their real interests lie. Effective action can take place if we have been in relationship with them along the way and succeed in creating bonds of respect, solidarity and united action across the barriers of race, ethnicity, gender and identity.

They don’t need lectures, value judgments or instructions. They will need reliable patient allies who help them to realize their collective power and capacity for radical transformation and self-emancipation by building bridges across racial, ethnic, gender and cultural divides. We must turn whatever foreboding we feel now into strategies to build and strengthen our movements.

We need to heed the exhortation of Joe Hill – Don’t mourn, ORGANIZE!

Michael Eisenscher is a veteran of more than 50 years in the labor and progressive movements, National Coordinator Emeritus of U.S. Labor Against the War and has been a union organizer, negotiator and labor educator.