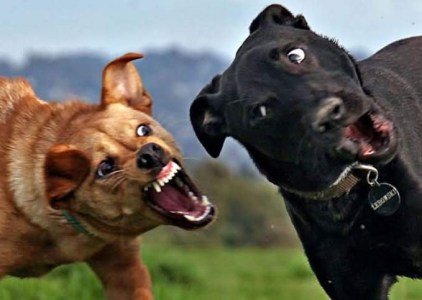 Trump in Perspective: Fascism or Just More Barbarism? (part one)

It may seem like a truism that all human societies share key universal characteristics. Incredibly, however, we all too easily forget this basic fact and mostly assume that our respective cultures are unique compared to all others, and for the most part exceptional. Iranians, for example, know that they are unique, especially when contrasted to Arabs, Afghans and Pakistanis. Chinese people have no doubt that they are exceptionally unique, as do the Japanese, the Russians, the French, Germans, Italians, Egyptians and Moroccans. Americans especially consider themselves exceptional. The ideology of American Exceptionalism runs so deep in fact as to have become the foremost part of the national ideology.

It is perhaps within this national-ideological uniqueness frame that Trump’s coming to power in the U.S. has shocked a majority of the American people. “How can it be that we are following the European path to fascism, and eighty years later at that?”

Crisis of the Ruling Ideology

Though we are not at the point of fascism in the U.S., we are witnessing right wing politics taking on a new quality in this country that has not been seen before. When Richard Nixon’s White House Council, John Dean, appears on Democracy Now! to comment about the extreme nature of president Trump, then we know we are living in extreme times. But it took some getting here before we got here.

The most significant post-WWII political turn to the right in the U.S. started with the Reagan presidency. Starting with Reagan, a new ideology of the ruling class became the official rulebook. Neo-liberalism was the name it was given and it served to provide ideological justification for a systematic attack on the living standards of working people, while the transfer of historic amounts of wealth upwards became accepted orthodoxy.

Alongside globalization of production and ‘free trade’, Tax cuts for the rich and the corporations were justified, so that an increasing share of the newly created wealth could go to the ruling strata. A significant added component of the new ideology was the shift from ‘social obligations’ owed to citizens to a paradigm of ‘personal responsibility’ of atomized individuals. Meanwhile, a two pronged systematic attack on the people’s income and living conditions went into effect, eroding the social safety network at the same time that citizens’ health and safety protected previously by environmental and consumer protections (regulations) also came under attack. The direct and deeply-felt impact of neo-liberalism on the income levels of people in the U.S. has been the stagnation of real incomes (actual purchasing power) at the level of early 1970s, while during the same nearly-five decades labor productivity has skyrocketed.

Politically, since 1980, the extreme right represented by the Republicans has consistently pushed the political spectrum to the right, and when the Democrats come to power, they hold the ‘center’ pretty much where it was under the Republicans. So, for the past 30-plus years, Republicans have dictated the ‘center’, as they pushed it further and further to the right, while the Democrats have held it in place faithfully until the next extreme Republican pushed it even further to the right. Let us not forget how extreme George W Bush looked only a decade ago. Among his achievements, he destroyed habeas corpus, and president Obama kept it destroyed so successfully that most citizens have forgotten the concept, the very cornerstone of individual liberty and the main defense against arbitrary acts of the state against citizens.

The capitalist ruling classes worldwide have known for a long time that the system cannot keep enough people healthy and happy enough to ignore all the systemic problems that capitalism brings about on a cyclical basis. The financial crisis of the 2008-2009 illustrated to a majority that the system is incapable of preventing such deep crises, never mind bringing about prosperity for all. To this day, the underlying causes of the 2008 financial crisis have not been resolved and are still operational.

By 2011, the continuing effects of the financial crisis had morphed into a crisis of ideological hegemony, as Obama’s administration of ‘Hope and Change’ had by then proven itself to have acted as a shill for the very financial players who brought about the destruction of trillions of dollars of wealth of the ordinary people. The bankers, bailed out equally by Bush and Obama, were happily sitting on top of, and making even more money with, the trillions of taxpayers’ money, while millions of ordinary citizens lost their homes, their pensions and their hard-earned savings.

Here are some telling figures from a Frontline report, from 2012:

Government bailouts: The government has poured about $23 trillion into a host of programs and bailouts.

Lost household wealth: With home prices tanking, the report estimates a loss of $7 trillion in the real estate industry. The stock market decline has brought another $11 trillion in losses, and retirement accounts have lost $3.4 trillion.

Human suffering: It’s hard to put a dollar value on this. But the report found plenty of grim data to offer some insight: The Census Bureau’s 2010 estimate of 46.2 million people in poverty is the “largest number in the 52 years for which poverty estimates have been published.”

According to Nicos Poulantzas, “The conjuncture of fascism corresponds to a crisis in the dominant ideology,” (Fascism and Dictatorship, p. 76). Again, we may not be at the point of fascism here, but a lot of its features look deeply similar to what extreme American right wing political figures are currently bent on bringing about.

In the context of the economic devastation of the 2008 financial crisis, the rise of the Occupy Movement in September of 2011 was a clear sign of the loss of ideological hegemony of Neoliberalism. Even though that movement died out in a matter of months, its most significant accomplishment and its lasting legacy was the establishment of a new and permanent social vocabulary: the 1% v. the 99%. That was a turning point for the ideological hegemony of the ruling classes. The Occupy Movement publicly and unequivocally voiced the (previously subconscious) social awareness that the system is stacked against a majority of the people, that the people are truly un-represented, and that they had to take to the streets in order to voice their grievances directly.

Infighting within the Ruling Bloc

Poulantzas argues that, “The appearance and rise of fascism corresponds to the deepening and sharpening of the internal contradictions between the dominant classes and class fractions,” (ibid. p. 71). He further explains: “These contradictions in the conjuncture of fascism, … are not confined … to the economics alone. In the growth of fascism, the intensification of the ‘internal’ contradictions of the power bloc is characteristically revealed by their extension over the political and ideological planes. This has repercussions in the deep crisis of the party representation and in the deep ideological crisis which affect the [ruling] bloc,” (all emphasis in original).

That last line takes on a pronounced significance when we remember that in the 2016 elections, the leadership of both establishment parties faced a lively and strident opposition from their base.

As for the sharpening of the internal contradictions among the dominant classes, we can see in retrospect that for some time now, there has been an internal debate among the ruling elites in the U.S. as to what the actual long-term plan should be. For me, Trumpism (to adopt a currently used name other than fascism) signals the fact that the differences among the U.S. ruling elites have only gotten irreconcilably deeper, so that a new order has to be imposed on the ruling bloc, an imposition which constitutes Trump’s platform, which is clearly opposed by large portions of the establishment functionaries and ideologues, not just in various governmental departments and agencies, but also in other ideological state apparatuses such as the mass media.

It is at this point in the rightward lurch of the last thirty years, having already piled successive quantities of misery on the working classes, that a new quality of right-wing extremism is emerging, much to the fright of the established liberal order and its functionaries, as well as the general public (except for Trump’s social base, of course).

Hence the platform of extreme right-wing solutions: an active escalation of racism and sexism, attacks on women’s rights, scapegoating of particular minorities, economic nationalism, an all-out attack on regulations that protect the people and the commons, cronyism, nepotism, bellicose jingoism, raising the specter of an undying enemy supposedly bent on destroying us, along with a very fluid reading of laws and the elimination of laws impeding the imposition of discipline on the ‘unruly’ members of the ruling factions and their ideas.

Poulantzas has another insightful point about the conditions for the emergence of fascism. For him, fascism typically emerges after substantial historical defeats of labor. In his Fascism and Dictatorship, he reminds the reader that in both Germany and Italy, “The working class had already been thoroughly defeated by the time fascism came into power,” (p. 61).

Some would argue that class struggle in the U.S. is not intense at this historical moment due to the fact that labor has been cowed and its strength systematically eroded since Reagan dismantled the air traffic controllers union in 1981. The fact that labor is on the defensive does not negate the ferocity of class struggle; it can in fact indicate how intensely and ferociously the capital side of the class struggle is winning and pushing us back.

The corollary to this loss of ground by labor is that the most backward segments of a defeated and unorganized working class are best suited for ideological manipulation of the type the extreme right is good at. This goes back to the point that started this article: the social universals. All class societies have backward leftovers of past social relations, and those backward segments of society provide the reactionary political leaders with their foot soldiers. In Iran, for example, they are remnants of the feudal days, while in the U.S. they are remnants of the days of slavery.

As African-Americans know well, certain habits of slaveholders never died along with the demise of legal institutions of slavery. Systemic racism in the U.S. was sublimated into housing and urban development and the banking practices that financed urban development; into the educational system; even into the seniority system in factories; and of course into a justice system of incarceration and criminalization of particular acts and behaviors. So, there are very material interests connected to maintaining racist attitudes as well as institutions, and there are naturally people who gain from racist policies, practices and institutions.