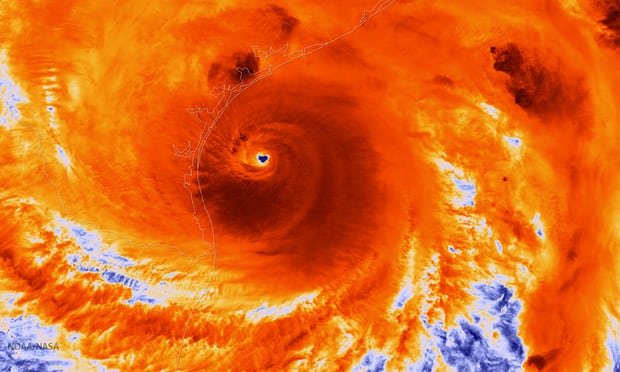 At least 14 people have died and tens of thousands evacuated as Houston is battered by catastrophic rainfall. Our environment editor unpicks the facts behind the disaster

A tropical storm that is on course to break the US record for the heaviest rainfall from a tropical system. Meteorologists say the 120cm-mark set in 1978 could be surpassed on Tuesday or Wednesday.

What is the impact so far?

At least 14 people have died, tens of thousands have been evacuated and more have been stranded as catastrophic flooding has paralysed the home of the US oil industry and the fourth most populous city in the US.

Is there a link between the storm and climate change?

Almost certainly, according to a statement issued by the World Meteorological Organization on Tuesday. “Climate change means that when we do have an event like Harvey, the rainfall amounts are likely to be higher than they would have been otherwise,” the UN organisation’s spokeswoman Clare Nullis told a conference.

But hurricanes are nothing new in this part of the world …

Correct. Nobody is arguing that climate change caused the storm, but it is likely to have made it much worse.

How did it make it worse?

Is this speculation or science?

There is a proven link – known as the Clausius-Clapeyron equation – that shows that for every half a degree celsius in warming, there is about a 3% increase in atmospheric moisture content.