In a statement released on Thursday morning, the Calgary-based company’s president and chief executive officer, Russ Girling, said it was notifying the federal regulator, the National Energy Board and Quebec’s Environment Department of its decision, after reviewing “changed circumstances.”

Girling said the decision was expected to cost the company a $1 billion loss due to the investments it has already made on the project.

“We appreciate and are thankful for the support of labour, business and manufacturing organizations, industry, our customers, Irving Oil, various governments, and the approximately 200 municipalities who passed resolutions in favour of the projects,” Girling said in the statement. “Most of all, we thank Canadians across the country who contributed towards the development of these initiatives.

The pipeline project went off the rails following revelations, uncovered by National Observer in 2016, that members of a federal panel reviewing the project had met privately with a company consultant, former Quebec premier Jean Charest. The NEB initially said it didn’t know Charest was working for TransCanada during this meeting in January 2015. But it later apologized for making false and misleading statements, confirming that Charest had been invited to discuss the project and that he gave them political advice on how to build public support for the pipeline in Quebec.

Hearings on the project have been stalled since the original panel members recused themselves in September 2016.

The project has also faltered due to a slump in Canada’s oilpatch, which is struggling to compete with lower oil prices on the global market due to higher production costs in Alberta’s oilsands.

TransCanada has been trying to attract new shippers to help it move ahead with another major pipeline project, the Keystone XL pipeline, which would provide Canadian oil companies with new access to the U.S. market and refineries on the gulf coast of Texas.

“We will continue to focus on our $24 billion near-term capital program which is expected to generate growth in earnings and cash flow to support an expected annual dividend growth rate at the upper end of an eight to 10 per cent range through 2020,” Girling said. 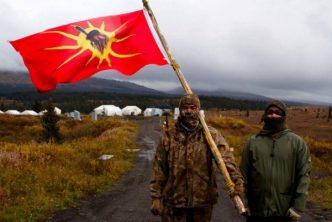 Tahltan call for blockade of Imperial Metals mine in wake of Mt. Polley disaster 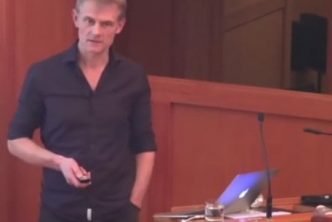 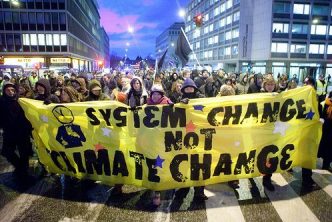 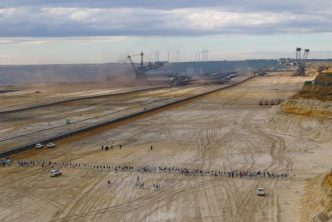 Drawing a line in the sand: The movement victory at Ende Gelände opens up the road of disobedience for Paris