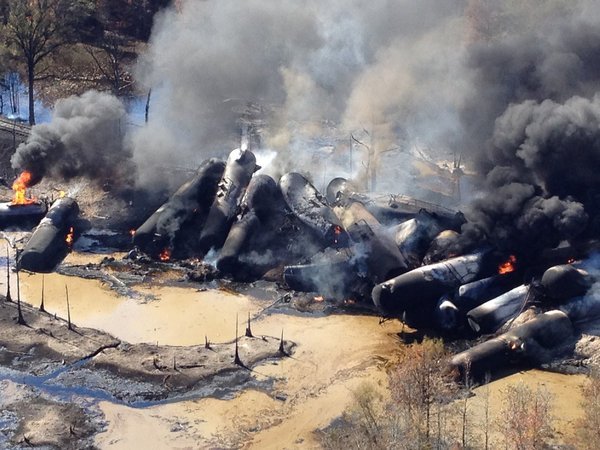 A train that derailed and exploded in rural Alabama was hauling 2.7 million gallons of crude oil, according to officials. The 90-car train was crossing a timber trestle above a wetland near Aliceville late Thursday night when approximately 25 rail cars and two locomotives derailed, spilling crude oil into the surrounding wetlands and igniting a fire that was still burning Saturday. Each of the 90 cars was carrying 30,000 gallons of oil, said Bill Jasper, president of the rail company Genesee & Wyoming at a press briefing Friday night. It’s unclear, though, how much oil was spilled because some of the cars have yet to be removed from the marsh.