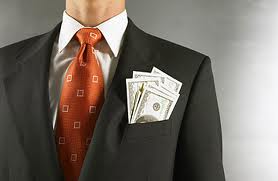 TORONTO – By the time you finish lunch on Thursday, Canada’s top paid CEOs will have already earned the equivalent of your annual salary. It may be hard to swallow, but according to an annual review by the Canadian Centre for Policy Alternatives, by 1:11 p.m. on Jan. 2, the average top paid Canadian CEO will have been earned as much as the average full-time worker’s yearly income. The review found the average compensation among Canada’s top 100 CEOs was $7.96 million in 2012. This compared with the average annual Canadian worker’s salary of $46,634.