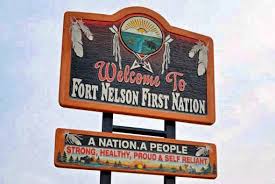 Existing in an almost tranquil atmosphere compared with the uproar surrounding plans to build crude bitumen pipelines to the Pacific Coast, British Columbia’s LNG sector may be in for a jolt. A small aboriginal community, with only 800 residents, is locking horns with the British Columbia government and the industry over the use of water for hydraulic fracturing. The issue has moved from low-level muttering to the British Columbia Environmental Appeal Board which has started hearing an application by the Fort Nelson First Nation to cancel a water license issued to Nexen (now wholly owned by the China National Offshore Oil Corp.), which leads the Aurora LNG partnership.