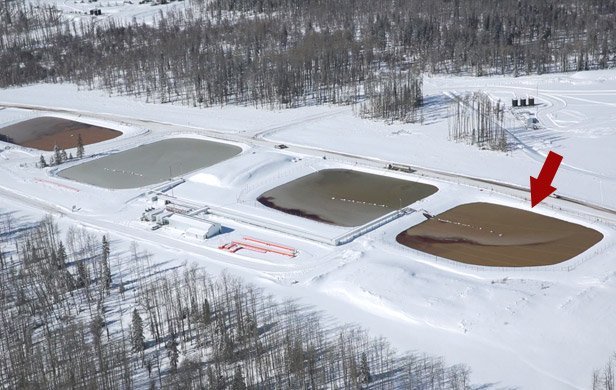 A pit storing contaminated fracking water in northeast BC was leaking into the surrounding soil and groundwater for up to six months before owner Talisman formally notified the Oil and Gas Commission and undertook clean-up efforts, The Common Sense Canadian has learned. One of five lined pits connected to Talisman’s Farrell Creek operations north of Hudson’s Hope, referred to as Pond A, suffered a puncture through both of its protective layers, causing toxic fluids to begin escaping into the environment. The pits are used to store “produced water” from previous fracks to be reused later as part of a program to cut back on freshwater use. Ironically, this practice has now threatened local groundwater due to the ruptured liners. It has proven difficult to obtain straight answers from the regulator or company, but through a series of recent communications, we have been able to piece together a rough timeline of the incident.