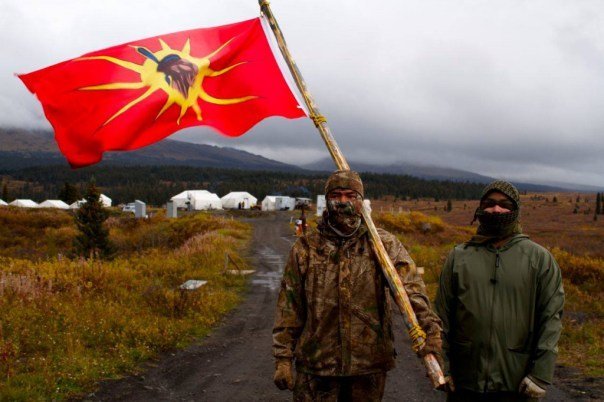 Tahltan call for blockade of Imperial Metals mine in wake of Mt. Polley disaster

LIKELY — A group of Tahltan First Nation elders is adding to the opposition of mining projects in British Columbia following the Mount Polley tailings-dam failure calling for a blockade today of the Red Chris mine project near Iskut in the far northwest.

Red Chris, a $500-million copper gold mine under construction, and the Mount Polley mine north are both owned by Imperial Metals Corp. and the elders, under the name the Klabona Keepers, issued an advisory calling for the action “in response to the (Mount Polley Mine) disaster and our serious concerns over (Red Chris Mine).

The Klabona Keepers, according to the group’s website, is an organization of elders and families who use the Tahltan’s traditional lands near Iskut known as the “sacred headwaters of the Stikine, Nass and Skeena Rivers.”

The Tahltan First Nation was in the process of negotiating an impact and benefits agreement with Imperial Metals and the government, but on Aug. 6, Tahltan Central Council president Chad Day said the Mount Polley situation “obviously means we have new questions and concerns that we must discuss.”

“To date, no IBA has been signed and the mine does not have all of the permits required to open,” Day said in the statement.

In the meantime, at Quesnel Lake, Interior Health is keeping its ban on using water from the lake in place although first tests have shown that the water meets Canadian drinking water standards.

The first tests of water in Quesnel Lake and the Quesnel River have met drinking water standards days after the Mount Polley mine tailings pond dam collapse, but Likely-area residents learned Thursday of a new contamination danger.

The 10 million cubic metres of mine effluent that poured out of the tailings pond carried with it sand that has blocked a creek emptying Polley Lake.