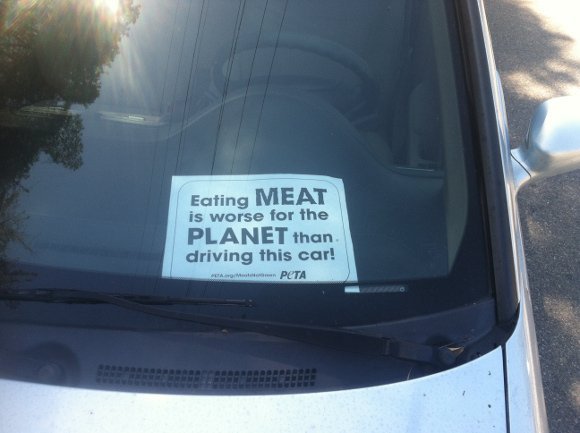 Study claims meat creates half of all greenhouse gases

Climate change emissions from meat production are far higher than currently estimated, according to a controversial new study that will fuel the debate on whether people should eat fewer animal products to help the environment.

In a paper published by a respected US thinktank, the Worldwatch Institute, two World Bank environmental advisers claim that instead of 18 per cent of global emissions being caused by meat, the true figure is 51 per cent.

They claim that United Nation’s figures have severely underestimated the greenhouse gases caused by tens of billions of cattle, sheep, pigs, poultry and other animals in three main areas: methane, land use and respiration.

Their findings – which are likely to prompt fierce debate among academics – come amid increasing from climate change experts calls for people to eat less meat.

In the 19-page report, Robert Goodland, a former lead environmental adviser to the World Bank, and Jeff Anhang, a current adviser, suggest that domesticated animals cause 32 billion tons of carbon dioxide equivalent (CO2e), more than the combined impact of industry and energy. The accepted figure is 18 per cent, taken from a landmark UN report in 2006, Livestock’s Long Shadow.

“If this argument is right,” write Goodland and Anhang, “it implies that replacing livestock products with better alternatives would be the best strategy for reversing climate change.