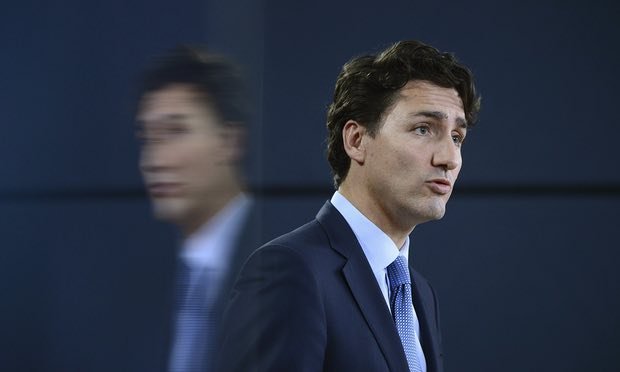 Stop swooning over Justin Trudeau. The man is a disaster for the planet

Donald Trump is so spectacularly horrible that it’s hard to look away – especially now that he’s discovered bombs. But precisely because everyone’s staring gape-mouthed in his direction, other world leaders are able to get away with almost anything. Don’t believe me? Look one country north, at Justin Trudeau.

Look all you want, in fact – he sure is cute, the planet’s only sovereign leader who appears to have recently quit a boy band. And he’s mastered so beautifully the politics of inclusion: compassionate to immigrants, insistent on including women at every level of government. Give him great credit where it’s deserved: in lots of ways he’s the anti-Trump, and it’s no wonder Canadians swooned when he took over.

But when it comes to the defining issue of our day, climate change, he’s a brother to the old orange guy in Washington.

Not rhetorically: Trudeau says all the right things, over and over. He’s got no Scott Pruitts in his cabinet: everyone who works for him says the right things. Indeed, they specialize in getting others to say them too – it was Canadian diplomats, and the country’s environment minister, Catherine McKenna, who pushed at the Paris climate talks for a tougher-than-expected goal: holding the planet’s rise in temperature to 1.5C (2.7F).

But those words are meaningless if you keep digging up more carbon and selling it to people to burn, and that’s exactly what Trudeau is doing. He’s hard at work pushing for new pipelines through Canada and the US to carry yet more oil out of Alberta’s tar sands, which is one of the greatest climate disasters on the planet.