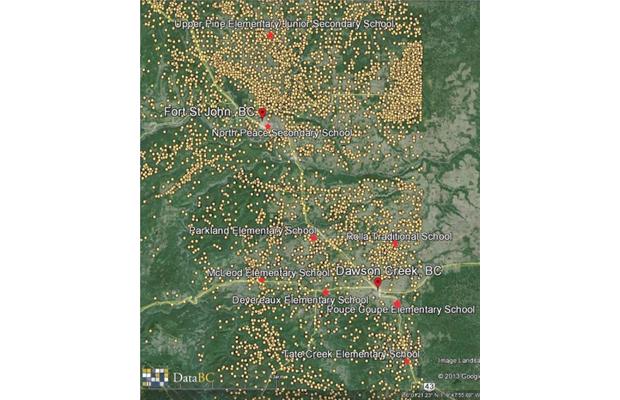 More than 1,900 children at nine schools in British Columbia’s northeast are at risk from toxic sour gas tapped by wells either already drilled or planned for the province’s liquefied natural gas strategy, warns the University of Victoria’s Environmental Law Centre. The warning is part of a blunt report prepared with the Peace Environment and Safety Trustees Society and set to be delivered to Premier Christy Clark Thursday morning. By way of context, it points out that in a single recent five-year span there were 73 documented sour gas leaks in B.C. and that 34 workers have died as a result of sour gas exposure since 1983.