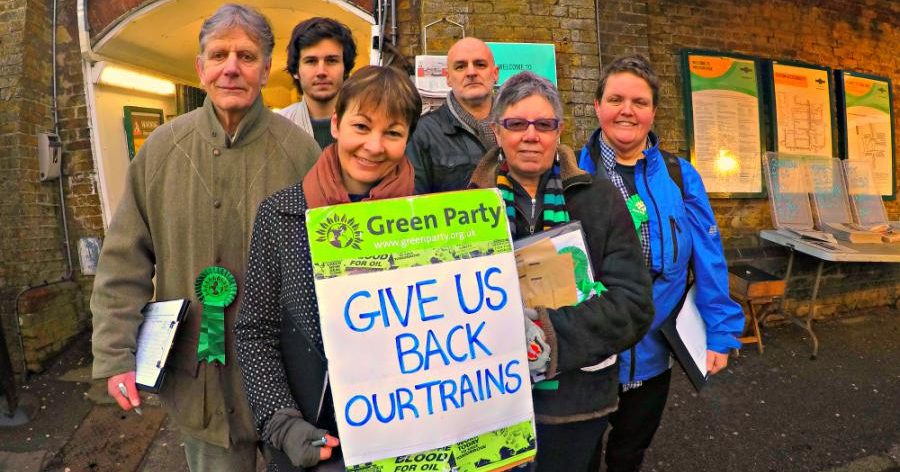 The State of Ecosocialism in the UK in 2018

Four years ago an American ecosocialist comrade from Solidarity US and the System Change Not Climate Change coalition visited the UK for a holiday and also to meet with ecosocialist comrades in this country. He met with Alan Thornett of Socialist Resistance, and later met with a small group of us from Green Left in London.

I remember that he told us that Alan Thornett had told him that there were only two truly genuine ecosocialist organisations in the UK, Socialist Resistance (SR) and Green Left, despite the newly formed Left Unity declaring itself, and some of its affiliated parties, to be ecosocialist, and that SR had only a little over a hundred members. I informed our US comrade that Green Left had around 300 members, and think probably little has changed with both these numbers today.

However, this not the full picture (and wasn’t even then) of the extent of ecosocialist thinking in the UK. I think it is perhaps a good time to update this assessment, and please forgive me if I have missed out any ecosocialist groupings here in this post.

In terms of political parties, probably not a lot has changed, except for the formation of Red Green Labour in the UK Labour party. This grouping, similar to Green Left, who are a grouping within the England and Wales Green party, and formed, I think, by ex-Green Left comrades since Jeremy Corbyn became Labour party leader. The Labour party has, in general, moved in the direction of ecosocialism too, but still has some way to go yet.

The England and Wales Green Party has for a number of years been moving in the direction of ecosocialism, certainly ahead of the Labour party, and contains many members who, for whatever reason, are not in Green Left, but who would count themselves as ecosocialists. In Scotland, within the separate Scottish Green Party, and across some other parties and individuals, there has been a similar journey.

Outside of political parties, there are other ecosocialist groupings as well. The William Morris Society is a long standing example, as is the Red Green Study Group, whose website appears to be undergoing some construction at the moment. One of its members also runs a good ecosocialist blog, People and Nature. People and Planet, the largest student network in the UK campaigning for social and environmental justice, is also essentially ecosocialist. Some UK trade unions have also moved in an ecosocialist direction, but some haven’t.

So things are moving, but of course ecological destruction wrought by the capitalist system is moving much faster, with 16 out of the last 17 years being record high temperatures, with each of these years being hotter than the preceding one. Pollution, including the vast dumping of plastic products, has increased with species extinction also accelerating at an alarming rate.

Most of the solutions proposed to tackle the crisis from mainstream politicians fall short of addressing the root cause of the problem, that is, the capitalist system of accumulation and infinite growth, preferring attempts, mostly worthy, of treating the symptoms.

The Paris Climate Agreement is a good example of this, which relies far too heavily on bogus targets for reducing carbon emissions and technological fixes that do notcurrently exist. But this is not confined to the UK, and is largely the global response (the USA has of course pulled out of the Paris Agreement, under Donald Trump’s presidency).

And this is the nub of the problem. People in the UK and pretty much everywhere else, are unable to think outside of the parameters of the capitalist system. This is what the now sadly departed ecosocialist thinker and writer Joel Kovelcalled the ‘force-field of capitalism.’ Also, there are still many on the left in the UK who cling to the idea we can have endless economic growth, but under a traditional socialist society, eco-destruction will naturally be resolved. History shows us that this not the case.

Some cause for optimism perhaps with advances in an ecosocialist direction over recent years in the UK, but there is still a long way to go before this turns into the mass movement that we need to truly challenge the dominant world ideology. Time is running out too.