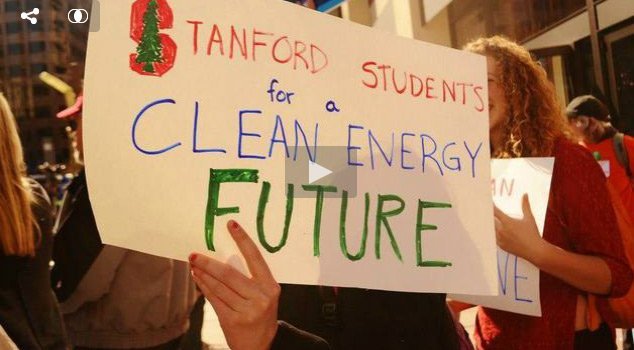 One of the country’s most prestigious universities, with one of the world’s largest endowments, has joined the student-led movement to divest from the fossil fuel industry. Stanford University’s Board of Trustees voted Tuesday to stop investing in coal-mining companies because of climate change concerns. The board said it acted in accordance with guidelines that let them consider whether “corporate policies or practices create substantial social injury” when choosing investments. Stanford’s endowment is valued at $18.7 billion. The move comes as the divestment movement heats up across the country. Seven students at Washington University in St. Louis were arrested last week following a 17-day sit-in calling on the school’s board of trustees to cut ties with coal industry giant Peabody Energy. Also last week, students at Harvard blockaded the office of Harvard President Drew Faust. We are joined by Stanford University junior Michael Peñuelas, one of the lead student organizers with Fossil Free Stanford.