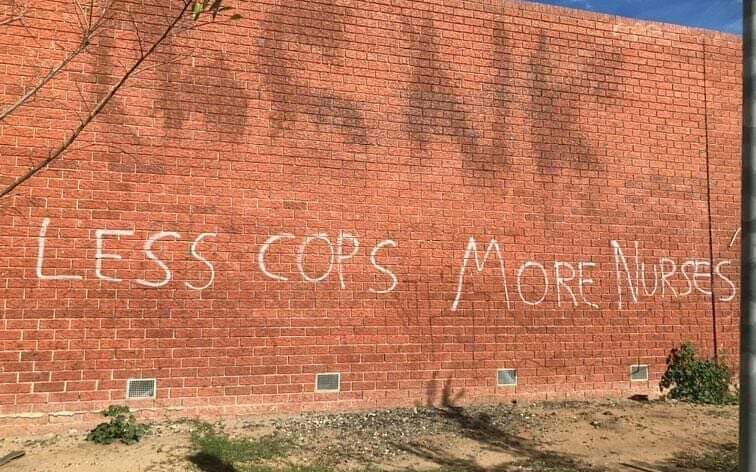 Social Reproduction Theory And Why We Need it to Make Sense of the Corona Virus Crisis.

When I think back on this crisis in the years to come, two images will stay with me. One is of ordinary Italians singing to one another across balconies in solidarity with neighbors in isolation and caregivers on the frontlines. The other is that of the Indian police hosing down migrant workers and their children with bleach for ‘daring’ to walk cross country once their workplaces closed during lock down and no public transport was available for them to get home.

The images embody, respectively, ordinary people’s response to the corona virus pandemic and capitalism’s own response. One is that of solidarity and care to sustain life, the other, carceral discipline in the interest of profit.

Examples of such diametrically opposite responses dot the landscape of the current crisis. Palestinian farmers are leaving fresh produce by roadsides for people who cannot afford to buy food, while Victor Orban of Hungary has used the crisis to rule by decree. Workers at General Electric in the US are forcing the company to produce ventilators, while medical staffing companies are trying to maintain their profits by cutting salaries and benefits for employees who are treating coronavirus patients.

The pandemic is tragically exposing that while what is needed is a concentration on saving and sustaining life, capitalism is concerned only with saving the economy, or profits; to the extent that a Texan politician, fully representing his class, wants Americans to sacrifice their grandparents in order to save the economy.

This relationship between profit making and life making under capitalism is the focus of Social Reproduction Theory (SRT).  The main arguments of SRT are as follows.

While capitalism as a system only cares about profit, profit being capital’s life blood and motor, the system has a relation of reluctant dependence on processes and institutions of life-making.  The system is dependent on workers to produce commodities which are then sold to make profits. The system thus can only survive if workers’ lives are reproduced continuously and reliably while being replaced generationally. Food, housing, public transport, public schools and hospitals are all ingredients of life-making that socially reproduce workers and their families.  The level of access to them determines the fate of the class as a whole, and women still perform the bulk of life-making work globally. But capital is reluctant to spend any portion of its profits on processes that sustain and maintain life.  This is why all care work is devalued or unpaid under capitalism while institutions of life making such as schools and hospitals are either constantly privatized or underfunded.

The Corona Virus pandemic is forcing capitalism to temporarily prioritize life-making. New hospitals are being created to care for the sick.  Normally draconian immigration laws are being relaxed, while posh hotels are being commandeered to house the homeless.  But we are also seeing a simultaneous escalation in the carceral functions of capitalist states. Israel has used the crisis to enhance surveillance. Bolivia has postponed elections while India is witnessing a rise in police brutality.

While we are in the throes of this crisis, we must demand that the workers who are performing essential services, the vast majority of them women— our nurses, our food workers, doctors, cleaners, refuse collectors— be given the dignity and wages they deserve. Stockbrokers or Investment Bankers have not made any government’s “essential services” list. As feminists we should demand that now and forever the elite’s income reflect their utility.

But once the pandemic crisis passes, we cannot go back to “business as usual”.  We must demand that instead of capitalism putting our lives in crisis, we put its dynamic of profit-making over life making into crisis.

That life and life-making become the basis of social organization, to the flourishing of the many rather than the prosperity of the few.

Tithi Bhattacharya is an Associate Professor of South Asian History and the Director of Global Studies at Purdue University. She is the author of The Sentinels of Culture: Class, Education, and the Colonial Intellectual in Bengal (Oxford University Press, 2005), Social Reproduction Theory: Remapping Class, Recentering Oppression (Pluto, 2017) and co-author of Feminism for the 99% A Manifesto. She is a long time activist for Palestinian justice. She writes extensively on Marxist theory, gender, and the politics of Islamophobia. Her work has been published in the The Guardian, Journal of Asian Studies, South Asia Research, Electronic Intifada, International Socialist Review, Monthly Review, Jacobin, Salon.com and the New Left Review. She is on the editorial board of Spectre and Studies on Asia.