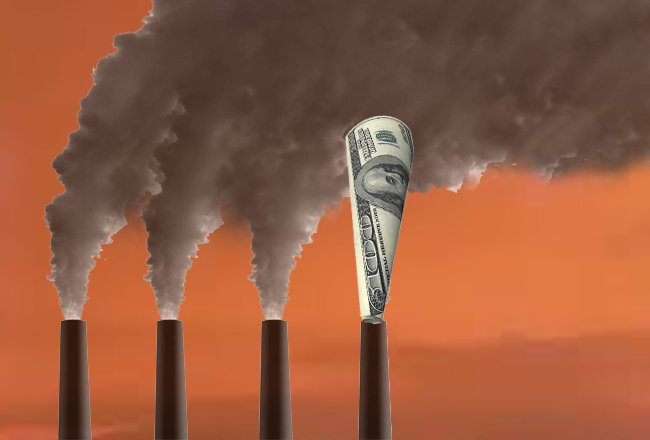 One strategy for lowering CO2 emissions, favored by many environmental organizations and currently implemented in several states, is to formally impose a “social cost of carbon,” or SCC, at the point of production. Proponents claim that this would begin to ensure that previously “externalized costs” are accounted for in pricing mechanisms.

This remedy is currently being discussed by the Montana Climate Council, a group put together by Governor Steve Bullock consisting of various “stakeholders,” such as state government agencies, the Chamber of Commerce, advocacy organizations and industry representatives. Up to this point, the group has resisted such “market interference” and rejected even the barest minimum tax.

This neoliberal SCC approach has a number of fatal flaws, both in terms of actually reducing greenhouse gases and in making any urgently needed structural changes. History demonstrates that from Kyoto until our present precarious moment, using market tactics to slow emissions has been an abysmal failure.

But perhaps even more importantly, relying on pricing and taxes is an insidious subversion of democracy, understood as “rule by the people.” It signals capitulation to market ideology and the very set of [il]logics that has brought us to the brink of ecological catastrophe. It is the waving of a white flag to the dictatorship of market rationality. And as the Green Vest rebellion in France demonstrated so clearly, the people will resist being forced to pay for the crimes of Fossil Capital.

Imagine explaining the SCC to a child: Well, sweetie, unfortunately our economic system somehow failed to account for the cost of pollution, threatening the life support system we all depend on. But now some smart people believe they can calculate that cost. So by changing the price of everything we purchase, we can now fix all the problems in time to save the planet.

The first question any child would ask is: Why don’t you just stop polluting? And we would have to explain that people don’t govern their own behavior; only the market, through pricing, can govern it for us. We the People don’t have the power to stop the harm; only an “invisible hand” can do that.

Or imagine this: In 1830 the abolitionists in the United States attempt to calculate the “social cost” of slavery. By placing a monetary value on brutality, rape and torture, building in a “future discount rate, they then come up with a tax they can add to a bale of cotton or tobacco, thereby raising the price and dissuading people from supporting slavery. Because, they insist, no one would be persuaded by a moral argument.

How Is Cost Determined?

But let’s assume The People willingly accept this nonsense and agree that “cost/benefit” is the only viable form of reasoning or metric for decision making. Despite the history, could adopting a “social cost of carbon” actually translate into pricing that reverses global heating?

A look at the language used by those doing the analysis reveals a great deal.

A good example comes from the Institute for Policy Integrity in a report meant to provide guidance to states. Having assembled research data and the results of various modelling projects, they arrived at an SCC ranging from $14 per ton of CO2 to $386. They admit that a great deal of damage cannot be quantified and is therefore “omitted” and that “uncertainty is due to the complexity of the climate system, the difficulty of placing a monetary value on environmental services, the long time horizon over which climate change occurs (not linear)” and the extent of previous emissions. They admit to a “methodological shortcut to approximate the uncertainties in low-probability but high-damage, catastrophic or irreversible outcomes.”

In other words, they suggest we make crucial, even existential policy decisions based on . . . wild guesses! The analysts justify the wide variation in their estimates as being better than nothing and suggest the numbers be taken as low estimates. We are to feel assured because, they tell us, their models use the latest algorithms and “economic science.”

If, as more than 97% of the world’s climate scientists are convinced, the climate science is correct, the decisions made in this moment are hyper-critical. Avoiding catastrophic systems failure, perhaps even societal collapse, will require not just a radical reduction in greenhouse gases but also profound changes in land and water use patterns as well.

So while it might be possible to determine the “social cost” of, say, a tomato — employing a careful analysis of seed collection, growing medium, pest control, harvesting, transportation, discarding inedible parts, etc., and then adjusting for inflation — the same process can’t be applied to the vast, complex ecosystems on which all beings depend.

Deciding how to manage resources and what to do with the waste are intrinsically political decisions and are not reducible to a quantifiable, economic “cost/benefit” analysis. For the vast majority of humans, those with the least power to affect outcomes, the “costs”— mass migration, famine, species extinction, rising sea levels, extreme heat, etc. — are unbearable. No “price” could possibly account for them. For the very few who wield the greatest power, the “benefits”— continued economic growth, profit accumulation, privilege and even luxury — outweigh those costs, which are virtually invisible from such a height

The question of who gets to make those decisions, economic modelers or the people most affected, is the question of power. Will these be collective decisions reached through political process and enforced through governance, or individual behavioral choices influenced through the price mechanism?

Put another way:  Do we reclaim and exercise the power to manage the resources we collectively rely on, or do we give our power over to the market and those who have always manipulated it to their advantage?

By rejecting the “social cost of carbon” and placing a ban on fossil fuel extraction, we get a win/win: We win the planet and win our power back.

Dave Jones is a writer, laborer, organizer and activist located in western Montana. He has focused primarily on ending coal extraction, export, and burning. Dave is a member of Zootown Zapatistas, DSA Ecosocialist Working Group, and most recently, System Change Not Climate Change.