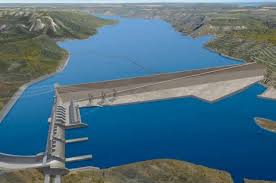 The closing remarks to a federal-provincial panel examining BC Hydro’s Site C proposal were made by a grey-haired native leader who said bands in the area are determined not to let the dam get built. Treaty 8 Tribal Chief Liz Logan told the Joint Review Panel, which wrapped up five weeks of public hearings on Friday, that Peace River native communities hope a treaty they signed over 100 years ago to protect their way of life will be honoured and the dam, which would flood more than 5,000 hectares in the valley, will not be allowed.