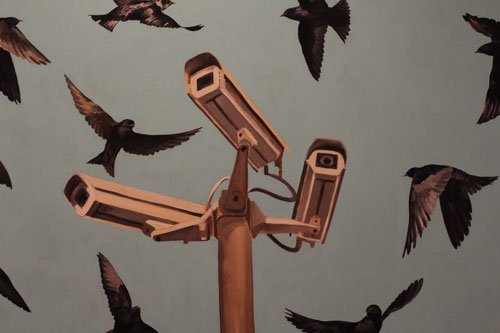 Shut Down Canada calls for action across the country

During a senate committee meeting on Aboriginal peoples Paul Martin was asked if he thought that if Aboriginal peoples “coalesced, could they not bring this country to a standstill?”  Martin answered, “We would hope not; and that we would hope not because government will react before that happens.” Shut Down Canada, a grassroots movement calling for action on Feb. 13 plans to challenge this.

The call for action goes as follows: “CALLOUT for communities across Canada to blockade their local railway, port or highway on February 13th. Don’t buy, don’t fly, no work and keep the kids home from school. A diversity of tactics is highly recommended! Get everyone involved. The goal is to significantly impact the Canadian economy for a day.#ShutDownCanada.”

There are several motivations behind Shut Down Canada, from concern environmental concerns over the tar sands, fracking, and the site C dam project; to the societal issues like missing and murdered Aboriginal women, disenfranchised Aboriginal voters and the recently proposed anti-terrorism Bill C-51.

The decentralized grassroots movement will take on different goals depending on where the action is held. “There is no centralized leadership and we have made that clear, this is why I feel it has taken on a larger influence, so no one person is the target for leadership,” said Dan Wallace, who first made the call for action with Shannon Hecker earlier this year.

Wallace, an activist and organizer, first made the call for action in British Columbia, where the Vancouver port metro will be blockaded. The port is one of the largest in North America, trading approximately $184 billion gross product annually across the globe, according to the port metro website. The movement “has grown from nothing to 20 locations wanting to act. More and more people are willing to and wanting to take a stand and that is what is being encouraged – no more fear mentality,” said Wallace.

Empowerment is the cornerstone of the movement, said Wallace. On Feb. 14 there are national marches planned for the 1,181 missing and murdered Aboriginal women, but Shut Down Canada wants “to offer and more direct approach for people that are just… fed up,” said Wallace.

Action on both days will be collaborative and complimentary. Akohseràke Deer, organizing Shut Down Canada action in Kahnawake, Quebec, said, “we want inquiries, we want the government to look into it. We want our stolen sisters back. [Families] are losing mothers, sisters, aunts and grandmothers, friends. And nothing is being done about it.”

Bill C-51 is another focus of the protests. Natasha Tutino, organizing the action in Montreal, explained that the proposed bill’s crack down on “unlawful protests” means they “are even more driven.

“It’s simple; we don’t get what we want, we’re shutting shit down,” said Tutino.

Several organizers have been secretive in what direct action their locations are planning, this is due to a fear of being watched by authorities. Wallace alone has been arrested several times for his peaceful protests.

“Centuries of horrid history are involved. This is long overdue,” said Tutino. Idle No More and greater awareness of social injustices facing Aboriginal peoples has contributed to the mobility of Shut Down Canada but these issues have been long engrained in our society.

Protests against fracking in New Brunswick, the XL pipeline in British Columbia, and Kinder Morgan at Trans Mountain have contributed to this great call for action but ultimately the government will only listen to one thing – money.  “We can’t eat money, we can’t breathe gas, we can’t drink oil. The blockades happening all over will make an impact on the money, and if it takes stopping the money flow for a few hours to get the governments  attention to all of the issues we are rallying for then that’s what’s going to happen,” said Deer