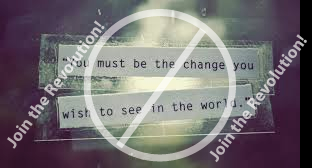 Should we fight the system or be the change?

It is an old question in social movements: Should we fight the system or “be the change we wish to see”? Should we push for transformation within existing institutions, or should we model in our own lives a different set of political relationships that might someday form the basis of a new society? Over the past 50 years — and arguably going back much further — social movements in the United States have incorporated elements of each approach, sometimes in harmonious ways and other times with significant tension between different groups of activists. In the recent past, a clash between “strategic” and “prefigurative” politics could be seen in the Occupy movement. While some participants pushed for concrete political reforms — greater regulation of Wall Street, bans on corporate money in politics, a tax on millionaires, or elimination of debt for students and underwater homeowners — other occupiers focused on the encampments themselves. They saw the liberated spaces in Zuccotti Park and beyond — with their open general assemblies and communities of mutual support — as the movement’s most important contribution to social change. These spaces, they believed, had the power foreshadow, or “prefigure,” a more radical and participatory democracy.