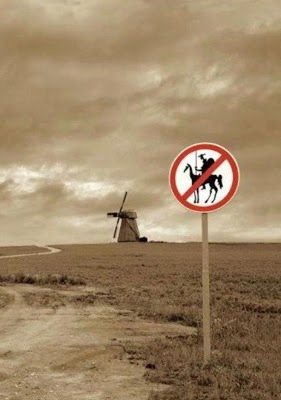 This week, Gatehouse Media published a long-form investigative report called “In the Shadow of Wind Farms” claiming that wind energy has caused negative health effects for residents living near wind turbines — a claim that flies in the face of actual science.

Meanwhile, in the realm of scientific facts, the American Wind Energy Association, the main trade group representing the wind power industry, points to 25 scientific reviews that document the safety of wind farms for human health and the environment. One health researcher has told DeSmog the GateHouse article was “simply irresponsible journalism” and actually had “potential to exacerbate the experience of anxiety and related health effects.”

Although GateHouse, a syndication outfit that publishes 130 daily newspapers in 36 states, briefly mentions the fact that scientific evidence for these claims is nearly non-existent, it plows ahead with a lengthy article full of anecdotes and unsubstantiated claims that aren’t supported by real science.

How this piece got published in its horribly one-sided (anti-wind) approach is a question worthy of many letters to the editor. Whether GateHouse — which is notoriously quiet when asked questions by other media outlets about its operations — will answer or attempt to defend this attack piece, time will tell.

But there is no hiding that the anti-wind movement is clearly coordinated, which even GateHouse admits its reporters were told repeatedly by sources contacted for their piece.

“Many of the people who do complain, several representatives said, are well-known among industry insiders and comprise a small but vocal group of anti-wind activists,” the article said.

“There are a good number of people who seem to pop up in different states and fight any wind project they can find,” Dave Anderson of the Energy and Policy Institute, a pro-renewable energy watchdog group, told GateHouse.

But the GateHouse reporters failed to disclose important information about several of their sources, including some with extensive ties to highly coordinated anti-wind activism.

Brad Tupi is identified only as “a Pittsburgh attorney who has litigated several wind-related suits.”

Tupi participated in a 2012 meeting between anti-wind activists and representatives from fossil fuel funded groups, including Chris Horner of the Competitive Enterprise Institute and E&E Legal, Paul Driessen of the Committee for a Constructive Tomorrow (CFACT), John Droz of the American Tradition Institute (now E&E Legal Institute), Todd Wynn of the American Legislative Exchange Council, and Marita Noon of the Heartland Institute.

The Guardian exposed this 2012 meeting and a related anti-wind “National PR Campaign Proposal” which was written by John Droz, the anti-wind activist who now runs a group called the Alliance for Wise Energy Decisions which also takes aim at wind power.

Droz’s “National PR Campaign Proposal,” which he prepared while still serving as a fellow at the American Tradition Institute (now called E&E Legal), called for the creation of a national PR campaign focused on the “subversion in message of [wind] industry so that it effectively becomes so bad that no one wants to admit in public they are for it.”

Other elements of the PR campaign that Droz proposed include:

“A) Cause the targeted audience to change its opinion and action based on the messages. B) Provide credible counter message to the (wind) industry. C) Disrupt industry message with countermeasures. D) Cause subversion in message of (wind) industry so that it effectively becomes so bad no one wants  to admit in public they are for it (much like wind has done to coal, by turning green to black and  clean to dirty). Ultimate Goal: Change policy direction based on the message.

Most of this could be done by volunteers without having a formal national organization.  Discuss how this would work and who would have what responsibilities. Consider joining forces w some already established organization where there is substantial  commonality and commitment (e.g. ATI, Heartland, IER, CEI, Marshall, Brookings, Cato,  Manhattan, AfP, FW, CFACT, ALEC, NA–PAW, etc.)”

After the 2012 meeting was reported on publicly, Tupi was quoted saying:

“I would plead guilty to participating in a meeting of concerned citizens opposed to wasteful, unproven, inefficient wind energy. I would agree that we are interested in coordinating with other reputable organizations, and I personally would be honored to work with Heartland Institute and others.”

This was around the same time that the Heartland Institute made headlines for its extremely offensive billboard likening those who believe in climate science to the Unabomber.

Cary Shineldecker is a central character in GateHouse Media’s story, and has also been cited on a number of occasions in the anti-wind musings of Michigan Capitol Confidential, which is published by the Koch-backed Mackinac Center for Public Policy.

Shineldecker has also worked closely with Kevon Martis of the Interstate Informed Citizens Coalition, another participant in the 2012 Koch/anti-wind meeting in DC. Martis joined the Koch/coal-backed Energy & Environmental Legal Institute as a fellow in 2016.

Martis has also worked with the Institute for Energy Research, and his work has often been featured on the group’s blog MasterResource.org. MasterResource.org and state-based sites like Michigan Capitol Confidential are repeat purveyors of fake news about wind power health effects, which AWEA has pointed out are baseless.

Oklahoma state Rep. Earl Sears is also featured in the story, which does not mention that he has counted fossil fuel producers including ConocoPhilips and Chesapeake Energy and utilities including American Electric Power and Oklahoma Gas & Electric Co. among his top campaign contributors. Rep. Sears has also received funding from ONE GAS PAC and other fossil fuel interests.

In addition to these obvious errors of omission, Gatehouse also fails to mention the well-documented and deadly health effects suffered by people who live next to fossil fuel facilities such as coal-fired power plants, oil refineries, and other polluting industrial infrastructure.

One wonders how such a lengthy anti-wind article that was clearly heavily-resourced — Gatehouse lists six staffers who worked on this investigation, which it says “started out as a summer intern project” in May — gets past any rigorous fact-checking department or objective Editor’s desk.

GateHouse claims that it exists “to deliver high-quality and trusted journalism.” But this attack on wind energy is bad journalism, plain and simple. Professional reporters are trained to separate fact from fiction, and report real science — not anecdotal claims, especially those emanating from coordinated anti-wind activists.

GateHouse has performed a disservice to its readers by providing a platform for misinformation.

Ken Doctor at NiemanLab has reported extensively on the troubling rise of GateHouse Media and its parent New Media Investment Group, including their 2013 bankruptcy and their “big ethical stumble” around Sheldon Adelson’s purchase of the Las Vegas Review Journal from Gatehouse.

Doctor points out that crony capitalist outfits snatching up newspapers across America’s heartland is “a triumph of capital over community. The managers and the investors are the victors, the readers and the journalists the losers.”

The GateHouse Media effort is similar to the work of the anti-wind group, the Waubra Foundation, based in Australia.

Waubra joined with other groups to campaign against wind farms in current and proposed areas for wind farm developments. Like GateHouse, Waubra would also visit “victims” of so-called “Wind Turbine Syndrome” and put those videos on YouTube.

In Australia, the Waubra Foundation was stripped of its “health promotion” charity status in 2014. After Waubra appealed the decision, Australian authorities last month rejected the appeal and affirmed Waubra should not be allowed the tax benefits afforded to other charities working to protect people’s health.

Simon Chapman, emeritus professor of public health at the University of Sydney, has studied the activities of groups like Waubra and examined the multiple claimed effects of wind turbines.

Chapman has said that “wind turbine syndrome” is in most cases a “communicated disease” because it only appears to have an impact on people after they have heard of alleged health problems.

This can spark what’s known as the “nocebo effect” where the body can experience negative side effects just because a person has an expectation that they will occur.

Chapman has just released a book, co-authored with University of Auckland health psychology researcher Dr Fiona Crichton, called Wind Turbine Syndrome: A Communicated Disease. The book is billed as a “critical account of the anti-windfarm movement.”

Crichton, who reviewed the GateHouse article, told DeSmog her biggest concern “is the egregious way it promotes misinformation about wind farm health effects.” She added:

“This article is particularly reprehensible, given that evidence demonstrates that health complaints are linked to media misreporting about wind farm health effects. What the research tells us is that most wind farms around the world have no history of health complaints. Further, while health complaints are exceedingly rare, where they are reported they tend to occur in geographical locations where there has been media misreporting about wind farm health effects and targeted anti-wind farm activism.  Our research indicates symptom reporting is explained not by exposure to wind turbines, but by anxiety and symptom misattribution. The symptoms reported are common.

“Overall, the misreporting in this article is designed to whip up fear and create the erroneous impression that the “experts are divided”. They are not. Ultimately, how we discuss purported wind farm health effects matters because it is the narrative itself that will determine whether health complaints are perpetuated. The misreporting in this article has the potential to exacerbate the experience of anxiety and related health effects in some readers. That is simply irresponsible journalism.”

Chapman has observed that many of the symptoms which so called “victims” complain of, such as headaches, stress or sleep problems, are common across many sectors of society.

In an interview with the Australian Financial Review, Chapman, best known for his work fighting the tobacco industry, said: “But in any community about 30 percent of people will report sleep problems. Because they often want to attribute it to some cause, they are ripe for suggestions about wind farms.”

Chapman added: “In a career in public health of some 40 years, I have rarely encountered the virulence and sheer nastiness that I have experienced since becoming involved in this issue.”

Chapman and Crichton’s book is available as a free download from the Sydney University Press.

Graham Readfearn contributed to this article. This article was updated to include comments from Dr Crichton.

Update: When contacted by DeSmog with an inquiry about the papers that GateHouse Media reporters read in the course of their research, Emily Le Coz sent the following list:

A theory to explain some physiological effects of the infrasonic emissions at some wind farm sites |Paul Schomer; John Erdreich; Pranav Pamidighantam and James Boyle | 2015