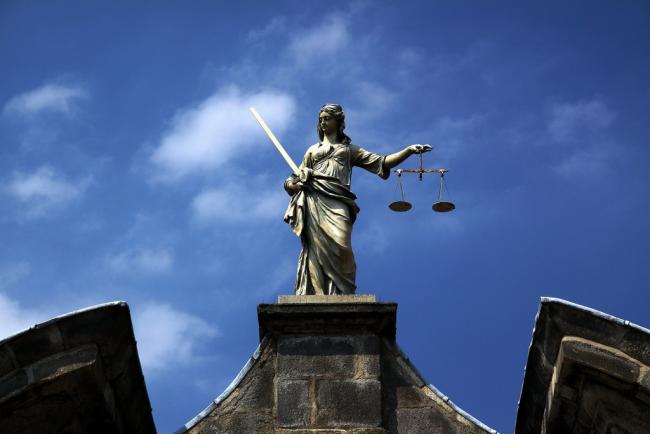 See you in court: The rise of climate justice

As far back as 1977, Exxon scientist James Black stated that “the most likely manner in which mankind is influencing the global climate is through carbon dioxide release from the burning of fossil fuels”. In the decades since then, the fight to prevent catastrophic climate change has been led by students, farmers, teachers, parents, scientists, military generals, and more. Now, the lawyers are catching up.

July 17th is International Justice Day – a good day to remember that while the wheels of justice may grind slow, they grind sure.

Last month, legal and political experts hammered out the basis of a global pact that, if successfully adopted by the United Nations, would enhance our human rights to include the right to a clean and healthy environment. This would be added to our existing human social, economic, cultural, civil and political rights, which are recognised by international law. Come September, President Macron of France, supported by heavyweights such as Ban Ki-moon, former United Nations chief, Mary Robinson, former Irish PM, and Arnold Schwarzenegger, former California governor, will present this pact to the United Nations.

This pivotal move comes after much hard work by jurists – notably by the International Bar Association in their landmark report on climate justice and human rights in 2014. This report serves as a ground-breaking first step, and critical road map, to build on and strengthen existing legislative frameworks with the pragmatic goal of ensuring justice for all.

Experts confirm the legal responsibility of governments and businesses

Eminent jurists, including judges, lawyers and professors worldwide, took the next step and launched the Oslo Principles in 2015. Essentially, this serves as an expert legal opinion of the highest order that, based on already existing law, “while all people…share the moral duty to avert climate change, the primary legal responsibility rests with States and enterprises”.

In other words, there is a clear and justifiable legal case to be brought against governments and businesses that act in a way that threatens to exceed the 2oC “safe” warming limit. And bringing it they are.

Climate litigation on the rise

A recent report on the state of climate change litigation, compiled by the United Nations and Columbia University in New York, found that as of March 2017, hundreds of lawsuits have been filed across 25 countries, including the European Union.

For failing to take adequate climate action, these people are filing lawsuits against their governments – Sarah Thomson, a law student, vs. the Minister for Climate Change Issues in New Zealand; a group of 21 youth, including Xiuhtezcatl Martinez, a teenage indigenous climate activist, and Sophie Kivlehan, granddaughter to Dr. James Hansen, the former NASA scientist who testified to Congress on climate change in the 1980s, vs. the United States government; around 800 Swiss grannies, via their group KlimaSeniorinnen Schweiz (“Senior Women for Climate Protection Switzerland”) vs. the Swiss Confederation; and more.

These recent cases have not yet been decided on, and are being closely watched.  History was made in 2015, when 900 citizens and local group the Urgenda Foundation won their landmark case against the Netherlands. The courts found the current climate actions by the Dutch government to be insufficient, and ordered more ambitious commitments to fulfill the government’s legal obligation to safeguard its citizens.

There is a clear and justifiable legal case to be brought against governments and businesses that act in a way that threatens to exceed the 2oC “safe” warming limit. And bringing it they are.

Ashgar Leghari, a farmer in Pakistan, sued his government for not implementing their National Climate Policy and Framework. He won his case in 2015, triggering the creation of a national Climate Change Commission. Scarcely a year later, seven-year old Rahab Ali was the named petitioner in a lawsuit filed against the Pakistan government, to prevent the approved development of coal fields expected to yield up to 60 million metric tons of coal a year.

As David slew Goliath, will our students, youth, grandmothers and farmers prevail against the giants of government and industry in the court of law? Will the scales of our legal system be effective as we wrestle with our own morals in this new battleground?

No one – person, corporation or State – should be above the law. As climate justice rises, no one should be left behind it either.

To commemorate International Justice Day, we are pleased to offer readers a complimentary copy of the well-reviewed book of over a hundred climate cartoons, “Little Climate: We Need To Talk About Climate Disruption”, here.

Suzanne Chew is the founder of the initiative “Little Climate”, focused on building climate awareness through creative media. This article was republished from Little Climate with permission.