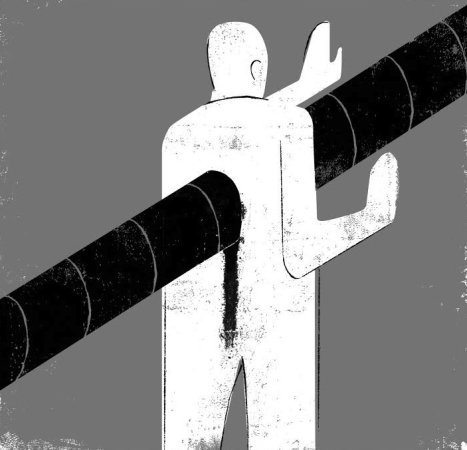 For six years, TransCanada has negotiated federal and state laws, and contended with the opposition of environmental organizations and landowners, to build the Keystone XL: a 36-inch-diameter, 1,700-mile pipeline that, if completed, would transport 830,000 barrels per day (bpd) of Canadian tar-sands oil from Alberta, Canada, to the Gulf Coast.

The U.S. State Department has not issued the required presidential permit, which would declare the importing of tar-sands oil in the “national interest.” And the Nebraska Supreme Court just heard oral arguments on a landowners’ lawsuit that could cost TransCanada another year if it has to reapply for its permit in the state.

The stalled process has led one equities analyst to observe that, “Keystone XL doesn’t look like it will ever get fully up and running.”

Yet TransCanada’s fight, and the Keystone XL pipeline, might be moot—along with the campaign that brought together a broad coalition of environmental groups working to block the project and contain the import of tar-sands oil.

According to State Department documents, annual corporate reports, and interviews with company officials and attorneys, Enbridge Inc. and its U.S. subsidiary have circumvented the pipeline permitting process. By the middle of next year, the Calgary-based company will be transporting 800,000 bpd of tar-sands oil from western Canada into the U.S…more