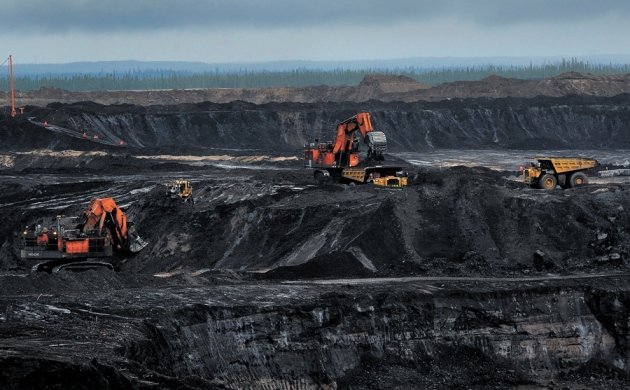 Wendy J. Palen, et. al |  Nature  | June 25, 2014
Share
FacebookTwitterEmail
A Comment published today in the journal Nature calls for a moratorium on new oil sands projects in Alberta, Canada due to flaws in how oil sands decisions are made. The authors are a multidisciplinary group of economists, policy researchers, ecologists, and decision scientists.
They argue that the controversy around individual pipelines like Keystone XL in the US or Northern Gateway in Canada overshadows deeper policy flaws, including a failure to adequately address carbon emissions or the cumulative effect of multiple projects.
The authors point to the contradiction between the doubling of the rate of oil sands production over the past decade and international commitments made by Canada and the US to reduce carbon emissions.
“The expansion of oil sands development sends a troubling message to other nations that sit atop large unconventional oil reserves,” said lead author Wendy Palen, Assistant Professor at Canada’s Simon Fraser University. “If Canada and the United States continue to move forward with rapid development of these reserves, both countries send a signal to other nations that they should disregard the looming climate crisis in favor of developing the most carbon-intensive fuels in the world.”
The authors point out that oil sands development decisions (e.g. pipelines, railways, mines, refineries, ports) made in isolation artificially restrict public discussions. Debate in the news media and during hearings for individual projects are limited to evaluating the short-term costs and benefits to the local economy, jobs, environment and health, and do not account for the long-term and cumulative consequences of multiple projects or of global carbon pollution.
Co-author Joseph Arvai, Professor and Research Chair in decision science at the University of Calgary, explained the problem. “Individual projects – a particular refinery or pipeline – may seem reasonable when evaluated in isolation, but the cumulative impacts of multiple projects create conflicts with our commitments to biodiversity, aboriginal rights, and controlling greenhouse gas emissions.
Though we have the knowledge and the tools to do better – to more carefully analyze these tradeoffs and make smarter long-term choices – so far governments have not used them.” A moratorium would create the opportunity for Canada and the United States to develop a join North American road map for energy development that recognizes the true social and environmental costs of infrastructure projects as well as account for national and international commitments to reduce carbon emissions. Anything less “demonstrates flawed policies and failed leadership”, the authors state.
Contact:
Wendy J. Palen
Department of Biological Sciences
Simon Fraser University
Burnaby, BC, Canada
Thomas D. Sisk
Landscape Conservation Initiative
School of Earth Sciences and Environmental Sustainability
Northern Arizona University
Flagstaff, Arizona
Maureen Ryan
School of Resource and Environmental Management
Simon Fraser University
Burnaby, BC, Canada
Joseph L. Árvai
Department of Geography
University of Calgary
Calgary, AB, Canada
Mark Jaccard
School of Resource and Environmental Management
Simon Fraser University
Burnaby, BC, Canada
Anne Salomon
School of Resource and Environmental Management
Simon Fraser University
Burnaby, BC, Canada
Thomas Homer-Dixon
Balsillie School of International Affairs
University of Waterloo
Waterloo, ON, Canada
Ken Lertzman
School of Resource and Environmental Management
Simon Fraser University
Burnaby, BC, Canada