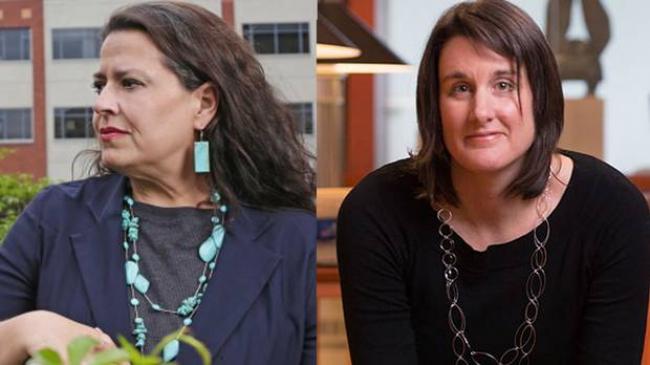 This week, the Supreme Court of Canada addressed Indigenous peoples’ rights to their own territory in two historical decisions about exploitation of Indigenous territories and resources. They also impact Indigenous authority and agency by allowing Canada to define and suppress Indigenous rights.

The first ruling addressed the rights flowing through the Chippewas of the Thames (Anishinaabe peoples/nation) territory. The Supreme Court upheld the decision of the National Energy Board (NEB), an “arm’s length” regulatory body that regulates pipelines, energy development and trade. That NEB decision established that Canada and Canada’s administrative tribunals, can exercise their authority in allowing or disallowing economic activities in Indigenous territories.

The second ruling was about the NEB’s consultation with the Inuit of Clyde River, about Indigenous rights to their lands. In this case, the Supreme Court quashed the NEB’s decision, and said the consultation process was not sufficient. While this is a small but significant victory, it also endorses increasingly less authoritative “management” of Indigenous peoples rather than acknowledging Indigenous autonomy and land holdings. It also asserts the lower limits of this decision-making power, laying out circumstances where the process will be deemed too flawed to stand. This is an extremely low bar.

What is really going on here? Simply, the Supreme Court of Canada has legally empowered Canada’s lower level administrative agencies to make decisions about Indigenous rights in venues where they should not have that authority. In a cynical sense, you could say that Canada is allowing corporations access to Indigenous peoples’ territories and lives with a diminishing/nominal requirement of administrative box-checking. Indigenous rights negotiation and nation-to-nation dialogue are pushed further away from Canada as a nation.

This story is a familiar one. At one time, Canada professed to give its staff (from superintendent general of formerly Indian Affairs all the way down to Indian agents, over time) authority to administratively manage Indian peoples and lands. Agents, without any regard for Indigenous nationhood or authorities, made decisions to erase Indigenous peoples from the Indian register, to survey and allocate Indigenous lands without Indigenous authorities or approvals and engaged in a system within which Indigenous peoples needed Indian agent approval to move in and out of their own territories and reserves (the pass system).

The Chippewas of the Thames case mirrors this transition from national obligation fulfilment, to administratively managed concern by entrenching and extending that authority to Canadian administrative bodies and boards. This decision enhances that power and puts Indigenous groups and nations at a disadvantage in terms of being able to assert their rights and have them acknowledged in larger nation-to-nation processes. How much “arm’s length” power is housed in the NEB and how will the board acknowledge Indigenous nationhood in their processes? In making your mind up about that, consider this: Research shows that, as of 2015, the NEB had never stopped a development project on Indigenous lands.