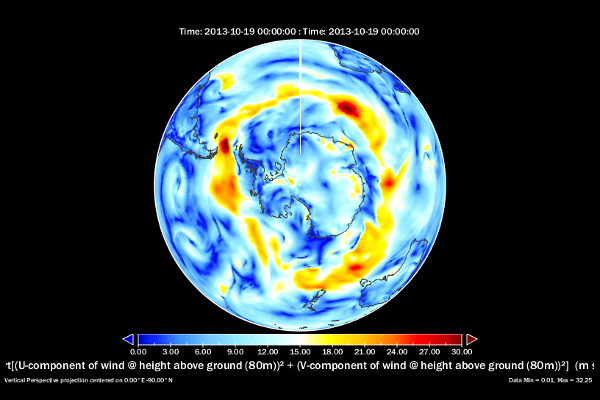 The Rise and Fall of the Westerlies Abrupt Change

Two circular bands of winds called the westerlies are being changed by human-caused global warming. The consequences from these changes could become quite large and come on suddenly – quite the surprise for anyone who still thinks climate change is a future “slow” problem. In the words of Paul Mayewski, director of the University of Maine’s Climate Change Institute, these and associated climate changes are “just not part of a natural cycle.” From his perspective, an abrupt climate change has also just taken place – in the Arctic. And more could be on the way at the other side of the world.