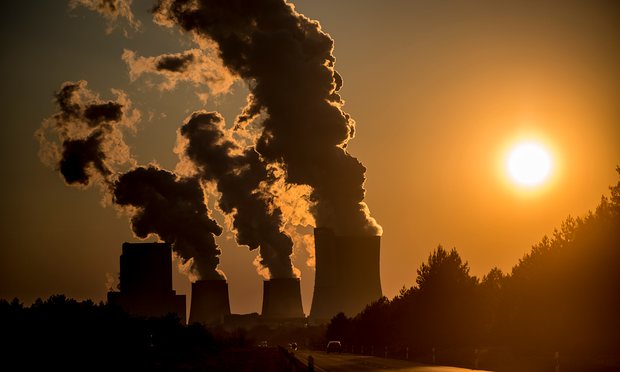 Revenge of the Climate Scientists

On Monday, The New York Times published a leaked climate report by scientists from 13 federal agencies that shows, unequivocally, that the earth is warming, the consequences will be severe, if not apocalyptic, and humans are the cause of it. None of this is news to anyone who pays attention to what’s happening on Planet Earth.

What’s new is that scientists from virtually every relevant federal agency are broadcasting this right now, at a time when the Trump administration has pulled out of the Paris climate agreement, pushed policies to increase coal mining on federal lands, rolled back air pollution standards and taken direct aim at President Obama’s signature climate change achievement, the Clean Power Plan. This report argues that climate change is not only real and happening now, but that by denying science, lying to the American people and pushing fossil fuels, President Trump is putting the health and stability of the operating system of the entire planet at risk. To put it bluntly, this report is a huge throw-down by federal scientists that challenges the most basic fundamentals of Trump’s climate denial charade.

Science reports are their own kind of art form, with subtle ways of underscoring or clarifying data and politically dangerous information (the early IPCC reports were masterpieces of not-always-deliberate scientific obfuscation). This report is remarkable for its clarity, brevity and use of helpful graphics. In recent decades, scientists have learned a lot about how the earth works. But just as importantly, they have learned how to communicate what they have learned about how the earth works.

The basics of the report are unflinching: Global and U.S. temperatures will continue to rise, temperature and rainfall extremes are becoming more common, oceans are rising and becoming more acidic, Alaska and the Arctic are warming faster than anywhere. And it’s not “natural cycles” that are causing this – it’s us. The money quote:

“Many lines of evidence demonstrate that human activities, especially the emissions of greenhouse gases, are primarily responsible for the observed climate changes in the industrial era. There are no alternative explanations, and no natural cycles are found in the observational record that can explain the observed changes in the climate.”

The report chronicles the risks of drought, increased storm activity, sea level rise and the die-off of coral reefs, among other things. The chapter on sea level rise (a subject near and dear to my heart) is particularly good, offering a range of sea level rise scenarios from 1 foot to 8.2 feet by 2100. The report frames these various scenarios with probabilistic analysis, including analysis of that the chances that low-end scenarios will be exceeded by real-time events (virtually 100 percent). The report also includes regional sea level rise scenarios, explaining, for example, why the Pacific Islands will see higher water levels than, say, Alaska. More importantly, the report gives voice to the risk of sudden ice sheet collapse in West Antarctica, as well as underscoring the fact that sea level rise won’t stop anytime soon, rising as much as 32 feet by 2200.

But the real eye-opener is the final chapter, “Potential Surprises: Compound Extremes and Tipping Elements.” Here, the report offers risk assessments of various climate doomsday scenarios, from release of methane gases in melting permafrost to the shut-down of the circulatory system of the Atlantic Ocean. Many of these scenarios have been talked about in mainstream science before, but it’s bracing to see them all collected here and addressed so forthrightly. These low-probablity, high-consequence events are the fodder for doomsday climate scenarios like a recent piece in New York magazine that caused a broad debate over just how doomed we really are, and how that dark story should be communicated. It’s bracing – and, somehow, hopeful – to see these scenarios soberly addressed by great scientists.