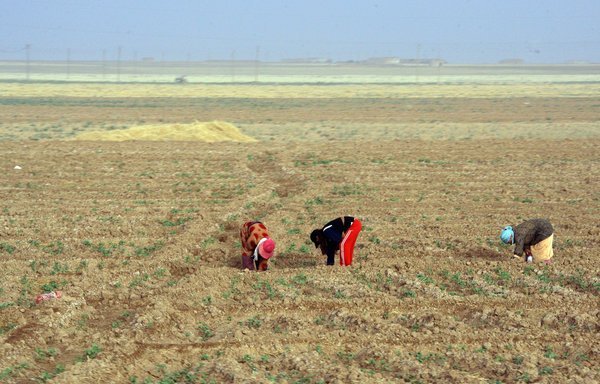 Drawing one of the strongest links yet between global warming and human conflict, researchers said Monday that an extreme drought in Syria between 2006 and 2009 was most likely due to climate change, and that the drought was a factor in the violent uprising that began there in 2011.

The drought was the worst in the country in modern times, and in a study published Monday in Proceedings of the National Academy of Sciences, the scientists laid the blame for it on a century-long trend toward warmer and drier conditions in the Eastern Mediterranean, rather than on natural climate variability.

The researchers said this trend matched computer simulations of how the region responds to increases in greenhouse-gas emissions, and appeared to be due to two factors: a weakening of winds that bring moisture-laden air from the Mediterranean and hotter temperatures that cause more evaporation.

Colin P. Kelley, the lead author of the study, said he and his colleagues found that while Syria and the rest of the region known as the Fertile Crescent were normally subject to periodic dry periods, “a drought this severe was two to three times more likely” because of the increasing aridity in the region

Dr. Kelley, who did the research while at Lamont-Doherty Earth Observatory and is now at the University of California at Santa Barbara, said there was no apparent natural cause for the warming and drying trend, which developed over the last 100 years, when humans’ effect on climate has been greatest.

Martin P. Hoerling, a meteorologist at the National Oceanic and Atmospheric Administration whose earlier work showed a link between climate change and aridity in the Eastern Mediterranean, said the researchers’ study was “quite compelling.”

“The paper makes a strong case for the first link in their causal chain,” Dr. Hoerling said in an email, “namely the human interference with the climate so as to increase drought likelihood in Syria.”

Some social scientists, policy makers and others have previously suggested that the drought played a role in the Syrian unrest, and the researchers addressed this as well, saying the drought “had a catalytic effect.” They cited studies that showed that the extreme dryness, combined with other factors, including misguided agricultural and water-use policies of the Syrian government, caused crop failures that led to the migration of as many as 1.5 million people from rural to urban areas. This in turn added to social stresses that eventually resulted in the uprising against President Bashar al-Assad in March 2011.