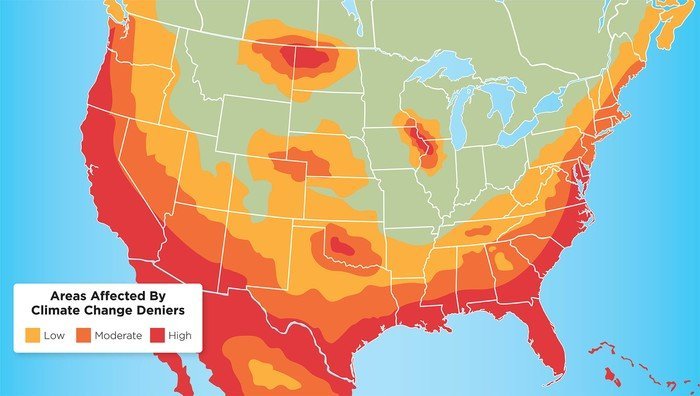 (remember that this is a spoof from Onion online) WASHINGTON—In a worrying development that could have dire implications for the health of the planet, a report published Wednesday by the Environmental Protection Agency suggests that the number of climate change skeptics could reach catastrophic levels by the year 2020.

According to the agency’s findings, the rising quantity and concentration of individuals who willfully deny or downplay the ruinous impact of the ongoing climate crisis will no longer be manageable by the end of the decade, leading to disastrous consequences for global ecosystems that may well prove irreversible.

“In recent decades, we have observed an alarming increase in people who refuse to acknowledge the reality of global warming, which has exceeded even our worst-case projections,” said EPA administrator Gina McCarthy, confirming a worldwide spike in the number of deniers who are actively seeking to discredit the scientific consensus that human activity is responsible for climate change. “If this trend continues at its current rate, we will pass a critical threshold of unfounded skepticism within the next six years that will have devastating repercussions on every continent and in every ocean, threatening the entire global population.”